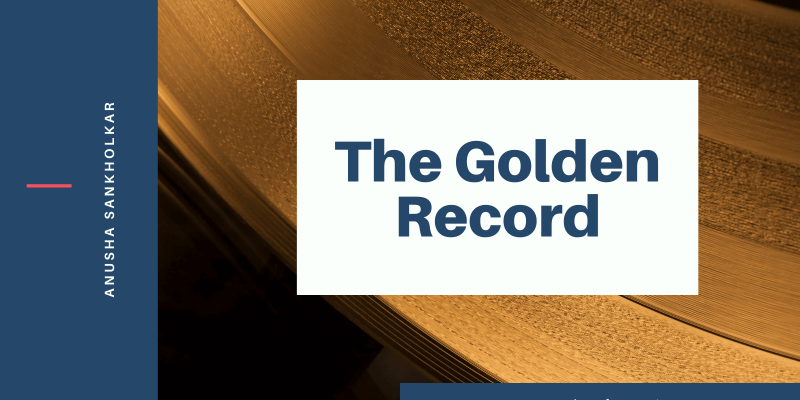 Launched by NASA in the summer of 1977, Voyagers 1 and 2 carry on-board the only piece of human civilization that extraterrestrial life may yet encounter, a sort-of time capsule if you will, that contains the first impression of the Earth to interstellar space and alien intelligence, if we’re lucky.

After exploring Uranus, Neptune, and the outer reaches of the Solar System, Voyager 1 entered interstellar space in August of 2012. In so doing, it effectively is the most distant object from Earth and has traveled further than anyone, or anything, in recorded history. Voyager 2 followed with its entry into interstellar space in late 2018.

Both probes carry two identical phonograph records containing a compilation of about 115 images and natural sounds (such as those made by surf, wind and thunder, birds, whales, and other animals). To this they added musical selections from different cultures and eras, and spoken greetings from Earth-people in fifty-five languages.

In culmination, this is called the Golden Record. Both records are encased in a protective aluminum jacket, together with a cartridge and a needle. Instructions, in symbolic language, explain the origin of the spacecraft and indicate how the record is to be played. The remainder of the record is in audio, designed to be played at 16-2/3 revolutions per minute. The interesting aspect is that, the pictures itself are encoded into soundwaves and reveal themselves when it is played at the aforementioned frequency.

The Chairman of this project- Astronomer Carl Sagan, the famous voice behind the Pale Blue Dot video, as well as the man behind the Pioneer plaque, explained that the images depict a bystander’s view of an “ideal” earth hence depictions of war, the aftermath of natural calamities and other potentially disturbing material have been avoided.

The record explains mathematical constants, physical variables and the chemical composition of the Earth’s atmosphere and also contains a pulsar map showing the location of our solar system with respect to 14 pulsars as an attempt to help any extraterrestrial life to locate our position in the universe.

Although the Voyagers have both already reached interstellar space, they still continue to report back images and various statistics regarding the outer reaches of our solar system. Fueled by a uranium core with enough power to last them more than 5 billion years, it’s steady decay could also help in pin-pointing the elapsed time from launch date, if it is to be discovered centuries later.

Until then, they continues to boldly go where no man has gone before.