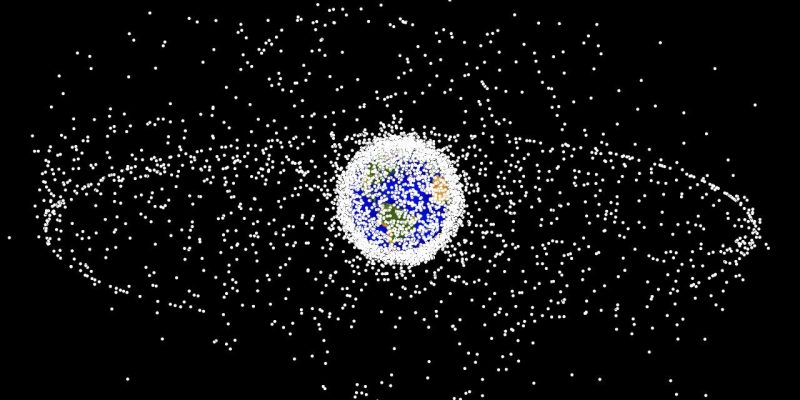 Is the end of space voyages in the scenery? Through this, notions of the fantasy of space trips distort.

Imagine a scenario. Dawn on an undisturbed metropolis, suddenly vehicles from distinct road directions collapsed, crashing recklessly with wild speed. Immediately the community was alarmed, followed by activists, police, and an ambulance.

Meanwhile, everything gets back to normal. As usual, life continues in its rhythm. This scenario was to open your senses to real life.

On Earth, accidents are common, but as time goes by, one gets alleviated from it, barely leaving any traces of passed time and damage done. However, the circumstances are primarily different in space. Leftovers of space voyages stem unexpected casualties and dangers to future missions. 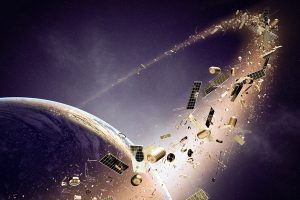 In contrast to the existing situation on the Earth, simply disposing of this junk is not a feasible solution. None of the resolutions is likely to work from compiling to converting or recycling. Space debris constitutes both natural meteoroids and human-made orbital debris. The term ‘orbital’ occurs because this artificial debris orbits earth while meteoroids orbit the sun. This human-made debris creates vast tolls on the space sector.

Orbital debris merely defines the leftover or damaged fractions of space vehicles once shot into space. These are artificial, non-serviceable fractions of dead satellites or banned space missions. From small-sized screws or paint flecks to an entire satellite, the origin of orbital debris can be defined from various sources, creating drastic havoc on functional satellites.

Orbital debris, as defined by European Space Agency, reads ‘all non-functional, human-made objects, including fragments and elements thereof, in Earth orbit or re-entering into Earth’s atmosphere.

From idle void to a junkyard

The unhelpful transition of space around us into a junkyard began at the time when man started the endeavour of sending satellites to space. For almost 50 years, we have launched satellites and rockets to the earth’s orbit, but now thousands of objects from tiny screws to dead satellites encircle the Earth, transforming the space around us into a junkyard. The prevailing ailment of orbital debris is fairly disastrous. The U.S. government tracks about 23,000 pieces of debris bigger than a softball orbiting our earth.

“Every satellite that goes into orbit has the potential of becoming orbital debris,” Professor Hugh Lewis, University of Southampton. 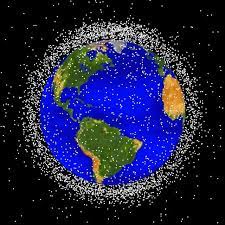 Now we are in an era where going to space is evolving in popularity. From typical space flight to intergalactic space flight, there’s a gradual boost in the concept of space excursions. So if you are thinking of becoming a space tourist, maybe take a second and watch out!

Virgin Galactic, SpaceX, and Blue Origin are just among various companies steadied to offer space missions to private astronauts. It is asserted that by 2025 Mars will be colonized. Adaptation from Earthly beings to Martians will be challenging, although we are one of the most adaptable creatures in the universe ever known. Despite all this, we are unfit for space travel in some ways, as orbital debris might affect the safety of our travels.

Many debris accidents have happened during earlier missions. In 1996, a French satellite was hit and damaged by debris from a French rocket that exploded a decade earlier. On Feb. 10, 2009, a defunct Russian spacecraft collided with and destroyed a functioning U.S. Iridium commercial spacecraft. The collision added more than 2,300 pieces of large, trackable debris and much smaller debris to the inventory of space junk.

China’s 2007 anti-satellite test, which used a missile to destroy an old weather satellite, added more than 3,500 pieces of large, trackable debris and much smaller debris to the debris problem.

The rising orbital debris population is potentially hazardous to the International Space Station (ISS) and SpaceX’s Crew Dragon Cargo satellite. A small piece of space debris travelling at 17,000 miles per hour carries a lot of energy, which can result in massive devastation when struck by a satellite. 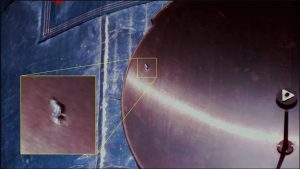 This photo depicts damage to the Hubble telescope caused by the debris. Photo Credit: NASA

Eliminating orbital debris requires action and caution. We can’t just sweep up debris into a space garbage truck and just clear it. Once researchers know what an orbiting object is made of, they have several potential ways to reduce its threat. Limited remedies so far operated are to get close to it, and by maintaining the same speed as that of the object, we have to attach it and push it to a lower orbit. Another solution is to hurl it into the upper atmosphere, where it will burn up upon reentry.

Through this fundamental idea of perishing debris, several strategies are put forward by different organizations. The US-based start-up  OrbitGuardians, Clearspace, Japanese-based startup Astroscale, etc. are operating for the proper disposal of orbital debris.

Clearspace One, the small satellite solution of start-up Clearspace, finds, captures, and removes man-made space debris repeatedly. As for a typical timeframe, the startup intends to discard the first pieces of debris from space by 2025.

Japanese startup Astroscale removes orbital debris through the provision of End of Life (EOL) and Active Debris Removal (ADR) services. In partnership with Japan Aerospace Exploration Agency (JAXA), it is operating on the expulsion of a Japanese rocket body.

But such active approaches to cleaning up space junk aren’t likely to be empirical in the long term, given the vast number of objects in orbit. So employing a passive approach that takes advantage of the gravitational pulls of the Sun and the Moon, known as resonances, can settle the satellites on a path to the wreckage.

Resonances profoundly affect the behaviour of many physical systems. These correspond to regions in the phase space in which the frequencies of certain angular variables become nearly proportional. There are terrestrial and lunisolar secular resonances caused one by earth and the other one by the moon and sun respectively. All of these contribute to the shift of the highway of the orbital debris, without inflicting destruction to space vehicles. 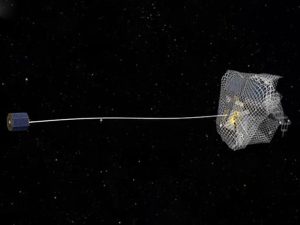 Despite all this, orbital debris management is in progress. Notwithstanding exponential growth in technological progress, there is no one-size-fits-all solution for the evolving dilemma of pulling out the orbital trash. Currently, our forthcoming trek to space, regardless of technology, is risky. Also, the entire space territory is under threat.

So now it’s time to take out extraterrestrial trash, which once was shot. Beware, what goes up doesn’t necessarily come down. Anything that we do today directly affects future generations on earth. Building up a better home for them is deemed to be our goal.