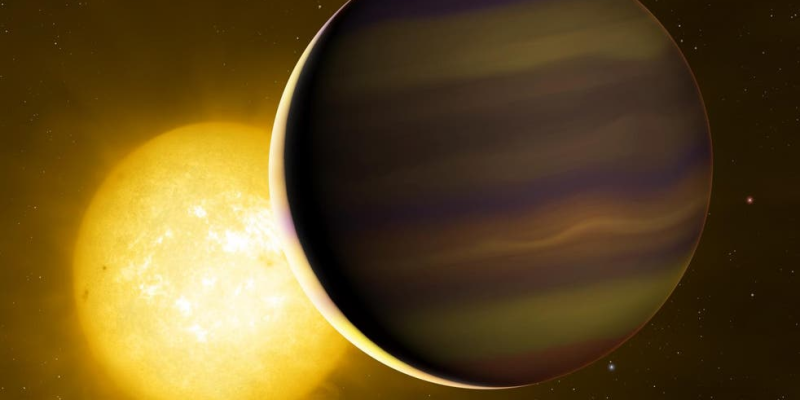 It is a long-standing question which is asked by each and everyone who is a science enthusiast. So far our planet is the only candidate which harbours life as we know it. The search for extraterrestrial life is on, and there are many possible candidates as well. Like for example, we have our twin sister Venus which could have been harbouring life when our Sun was very young after its formation. But what happened after is that with time because of its structural changes it eventually lost its battle to host life. If you see its surface, it is mostly covered by Volcanoes that might have released CO2 into the Venusian atmosphere and thus making changes in its atmosphere.

Like same is the example with our neighbour Mars. Mars is a terrestrial planet. It is the only planet solely inhabited by robots. We have been sending many missions to the red planet to study its geology and whether we could find any evidence for past microbial life. Each mission’s objective is to find the evidence, and with the advancement of technology we have been successful in sending more sophisticated rovers on Mars. The data we have gathered about the red planet suggests that it consisted of liquid water flowing on its surface but the mere presence of liquid water doesn’t mean that microbial life could have existed!

Now you must be wondering what is special on Mars then as many other planets are also terrestrial! Well, the main reason is that Mars was very much similar to the Earth than it is now. It may be the case that whatever is happening right now on Earth might have occurred a long ago on the red planet!  With time, Mars lost its atmosphere because of the weakening of its magnetic field and became barren. To search for that chemical biosignatures, it is necessary to search carbon-based chemical compounds which could open doors for alien life discovery.

Likewise, there are many candidates in our solar system which give us a sense of microbial life might be present but we just require more advanced technology to detect it. Ex: Moons of Jupiter and Saturn.

What is an Exoplanet?

As the name suggests, Exo means external appearance while planet means an astronomical body that doesn’t emit any kind of light. Putting these two statements together, we can say that any planetary body which orbits its parent star other than our sun. That sounds crazy, isn’t it? Yes, there are many billions to trillions of stars in our own galaxy and each star hosts at least a planet to orbit around it. I am talking only about the Milky Way galaxy but if you take the entire cosmos in perspective, it contains then millions of galaxies as discovered or estimated by Hubble. Even this no is going to increase with more sophisticated science instruments coming into the picture. There is a possibility of life existing on these extraterrestrial worlds, only time will give us the answers. But more important for us is to find chemical signatures on these exoplanets and before that let’s see how these exoplanets are being discovered.

To detect exoplanets we have launched many missions like the Kepler space telescope, Spitzer Space telescope, Transiting Exoplanet Survey Satellite to name a few. These space missions have given us a great insight into the structure of exoplanets and their chemical compositions.

Exoplanets can be found in the following ways:

1)Wobble method: Orbiting planets cause their parent stars to wobble, but what does it mean? It means when an exoplanet’s mass is almost significant to its parent star there is a potential that the star wobbles around its centre of mass. It changes the colour of the light that astronomers observe.

2)Transit method: When a planet passes directly between in front of its parent star and an observer, there is a dim in the starlight thus astronomers detect a sign of exoplanets.

3)Direct Imaging: As the name suggests directly take pictures of exoplanets by removing just unambiguous glare of the stars they orbit.

4)Gravitational Lensing: Now you must have heard a term that massive objects bend light. Light from distant objects is being bent by massive stars and planets pass by thus astronomers detect exoplanets.

Now the main question is how do astronomers decide whether any planet is habitable or not? Well, it also has, many different parameters. First of all, let me answer why is Earth habitable amongst all the planets in the solar system.

This is the basic answer which we feel daily. Our planet is just at the right distance from our star which makes life flourish here on the planet. Our planet mainly lies in the Goldilocks zone. The magnetic field of the Earth mainly protects us from harmful solar radiation, has the right temperature regulation protected by the atmosphere. It has the right chemical ingredients for the life to take birth mainly carbon-based life as we know as of now.

To find how exoplanets are habitable or now let’s discuss here:

In 1961, a famous Astrophysicist Drake proposed an equation which is a probabilistic equation of how many active and terrestrial civilizations are present in the milky way galaxy. The equation is as follows:

It states, to estimate how much is the likelihood of finding radio communication from intelligent extraterrestrial life in the near future.

There is still the possibility of finding extraterrestrial life only the need is we need more advanced technology to detect signals from these unknown worlds.

NOW, the next version of the space telescope is set to be launched which is Hubble’s successor. It will revolutionize our understanding of the cosmos.

The James Webb Space Telescope will mostly work in infrared to near-infrared: the spectrum of the electromagnetic band which will peer through the dust and clouds of the molecular cloud.  Hope you enjoyed the article!