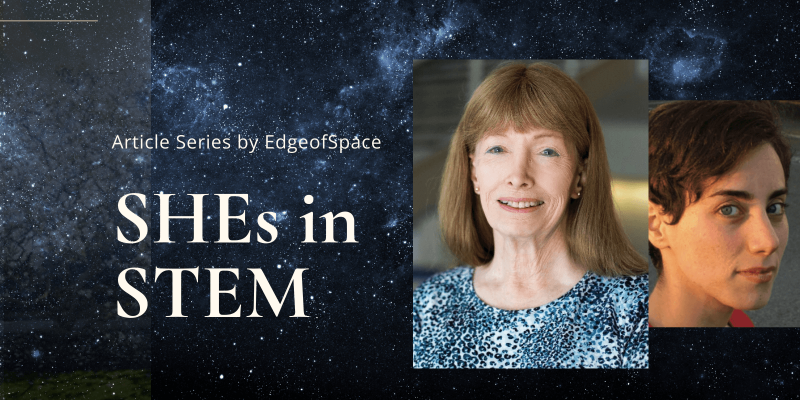 “Nothing in life is to be feared; it is only to be understood”. She did what she preached, Madam Curie became the first person to win two Nobel prizes for one for physics and the other for chemistry. Science can act as a path of liberation, expression, and an escape to the world of curiosity. In the third edition of SHE’s in STEM we will take a look at two such who spearheaded their way through many blockages to become pioneers in their field.

Lynn Conway, The engineer who revolutionized the Silicon beasts in your devices

Lynn Conway is known well known for developing design guides for microelectronics used in VLSI (Very large scale integration) chips during her work at Xerox’s Pao Alto Research Centre. Conway along with a Caltech professor in 1978, wrote the book “ Introduction to VLSI systems” which is still like a bible to chip designers around the world. Two years later she moved to DARPA (Defence Advanced Research Project Agency, USA) as an assistant director for strategic computing. She fellow of many prestigious organizations in the USA such as the IEEE, National Academy of Engineering, and the American Association for the advancement of science. But there was one part of her life that was completely hidden from the public eye.

Born on 2nd January 1938 in Mount Vermont, N.Y as Robert Sanders (she adopted this pseudonym to protect her family), he got his bachelor’s and master’s degree from Columbia University. No, it is not a typing error, I did mean He. Conway was born a boy and got her education and the first job as a man. Since he was a teenager, Robert had the gender identity of a girl, she was dealing with gender dysphoria but during the ’40s transsexualism was considered taboo.

By obliging to societal norms Robert started working at IBM and improved the supercomputing technology by inventing DIS or dynamic instruction scheduling (basically it tells the processor how to execute instructions) in 1965. Robert was living a life of constant conflict with himself his biological body was in a tug of war with his brain. Until he met Dr. Harry Benjamin who was an expert and wrote a book called “ The Transexual Phenomenon”, he helped Robert find a medical solution for misgendering afflictions. When announced the urge to undergo gender reassignment surgery, IBM fired Robert and terminated ties to all the contributions made.

In 1968 after undergoing the surgery, Lynn Conway began a new life from scratch and started living a stealth life. Even this et back in her career couldn’t stop her from becoming one of the greatest computer scientists. She was known for achieving a lot as Lynn Conwell but she was never credited for her work involving DSI unless a group of computer historians worked towards connecting the bridge between Conway’s past and present. Decades after living a secretive life, Lynn Conway came out to society and is a proud advocate of transgender rights, equal workplace opportunities, and employment protection. She supports and works with young people who deal with gender dysphoria with a dream to “illuminate and normalize the issues of gender identity and the processes of gender transition”.

Maryam Mirzakhani, the first and only woman to receive the Fields Medal(Nobel prize equivalent for Mathematics).

Born on 12th May 1977, in the city of Tehran in Iran, Maryam Mirzakhani spent her early childhood I the cusp of the Iran-Iraq war. But the clouds of war started clearing up when she was a teenager opening up new prospectives for the younger generation. As a kid Maryam had a huge appetite for reading, she would consume any books and novels she could lay her hands on. She dreamed of becoming a writer when she grew up. At the beginning of her middle school, she wasn’t couldn’t score well in her math test and her then teacher demeaned her and therefore she lost interest.

But the very next year she had a math teacher who was very encouraging and helped her regain confidence in Math. In 1994 Mirzakhani along with her lifelong best friend Roya Beheshti (also a mathematician) participated in a national math Olympiad, and they were the only female contestants. Maryam’s perfect score landed her a gold medal and somehow kickstarted her career in mathematics.

In 1999 she got her bachelor’s degree from Sharif University in Tehran. She then moved to Harvard University for her master’s and then continued her work hyperbolic surfaces for her Ph.D. thesis. She received her Ph.D. in 2004, by defending a thesis where she solved a mathematical problem on Reinmann surfaces that was open for years.

Her thesis work got published in three of the most reputed journals in the field of mathematics: Inventiones Mathematicae, Annals of Mathematics, and Journal of the American Mathematical Society. In 2008, she started working at Stanford University, the USA as a professor and researcher.

Throughout her career, she was fascinated by the topology and geometry of different objects. She had large papers with sketching and questions related to complex geometric shapes. Her highly original work in the field of dynamic systems and geometry helped in a better understanding of the symmetry of curved surfaces. And her exceptional and seminal contributions were recognized and honored in 2014 when she was awarded the Fields medal, it is one of the highest honors in the field of mathematics. When she received the mail regarding her selection for the award, for a moment she thought her email was hacked. But in 2014, Maryam Mirzakhani a great mathematician and mother of a three-year-old received the award at the International Congress of the International Mathematical Union in Seoul, it was a milestone not only in her career but also for women in mathematics. Her story inspired girls and young women to pursue mathematics.

Her brilliant life was cut short at the age of 40 when she succumbed to breast cancer that spread to her bones in 2017. In her honor the breakthrough prize foundation initiated a Maryam Mirzakhani New Frontiers Prize for exceptional women in mathematics, the American mathematical society renamed the mathematics prize as Maryam Marzkhani prize in mathematics. And celebrating her birthday 12th May of every year is observed as the “International Women in Math Day”. She ones said “ Beauty of mathematics only shows itself to more patient followers” and she did immerse herself in the beauty of mathematics till her last breath.

To The Edge Of Space