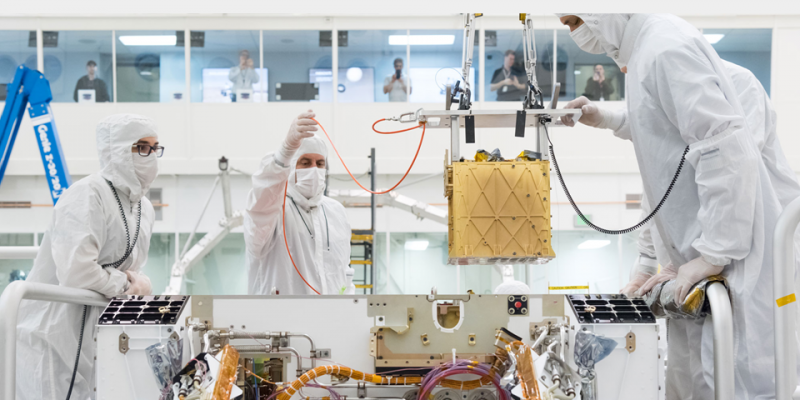 NASA’s Perseverance rover continues to create milestones by converting carbon dioxide present in the Martian atmosphere to oxygen with MOXIE. This is the first time oxygen has been created on another planet other than Earth. After the successful demonstration of the Ingenuity helicopter that amazed the whole world, Perseverance continues to achieve another milestone on the Red planet. 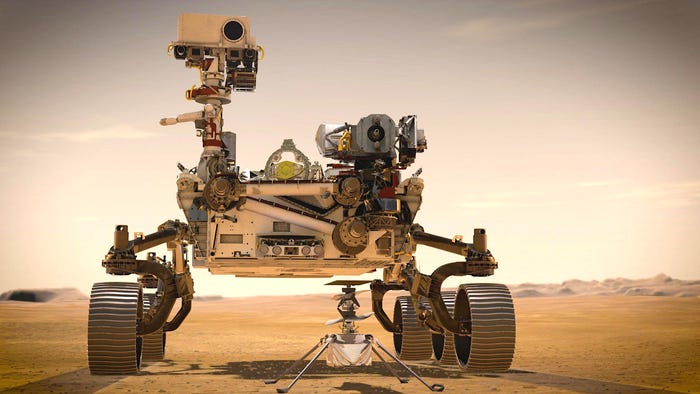 How did Perseverance achieve this incredible feat? This was possible using a tiny toaster-sized instrument called MOXIE, which is aboard the perseverance rover. MOXIE, the acronym for Mars Oxygen In-Situ Resource Utilization Experiment is a car battery-sized experimental setup whose main purpose is to produce oxygen from the carbon dioxide-rich atmosphere of Mars.

These play an important role not only in reducing the fuel which needs to be carried during a mission to Mars but also in bringing back astronauts safely back to Earth. NASA has estimated that about 15,000 pounds (7 metric tons) of rocket fuel and 55,000 pounds (25 metric tons) of oxygen is required just to get four astronauts off the surface of Mars.

Therefore, the success of MOXIE is a tremendous boom for the space industry and also for upcoming missions to Mars, which could have been proved difficult otherwise.

“Whether for rockets or astronauts, oxygen is key” Let’s know more about MOXIE, a tiny toaster-sized experimental setup creating history in the harsh environment of Mars millions of km away from its home planet. 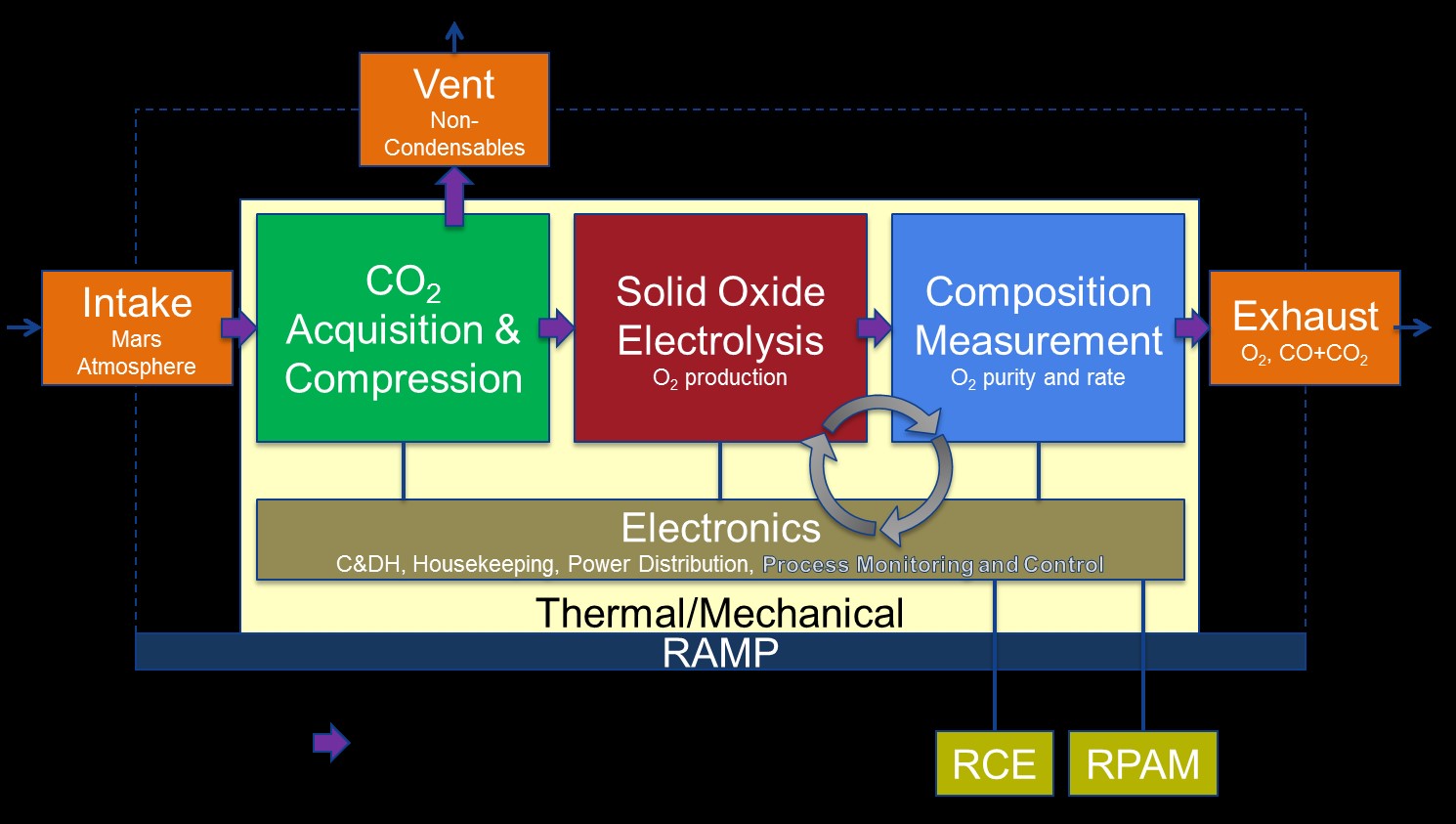 Carbon dioxide is a molecule made up of two oxygen atoms and one carbon atom, MOXIE separates the oxygen atoms present in CO2 and releases them into the Martian atmosphere, while the remaining carbon atom is released as carbon monoxide. MOXIE is still a test model.

During its first test, MOXIE was able to release about 5 grams of oxygen, which could keep an astronaut alive for about 10 minutes. “MOXIE isn’t just the first instrument to produce oxygen on another world,”

“It’s the first technology of its kind that will help future missions ‘live off the land’ using elements of another world’s environment.”

MOXIE is set to undergo nine more tests on MARS over the next two years (one Martian year). Scientists hope that at the end of it MOXIE would be able to produce up to 10 grams of O2 per hour.

The main aim of this experiment is to convert the unusable materials present on Mars into something, which could be of use for humans. The rover along with MOXIE also takes up Martian rock and regolith (material found on the surface of Mars). This regolith is passed into a processing plant, which makes it into a larger structure.

Hence, these processes help in converting the abundant materials present in Mars into something, which is useable such as the oxygen we breathe, propellant, or even water by combining hydrogen with the oxygen produced.

The oxygen production by MOXIE will be executed in the three stages:-

NASA has high hopes for MOXIE, which could potentially pave the way for human explorations on the Red planet.

Methane could be the fuel of the future for returning from Mars (Image Credit: Syfy Wire)

After a 2-hour warmup period, MOXIE produced approximately 5.4 grams in one hour, and if the future tests in MOXIE prove successful, it would be able to produce about 10g per hour that is about the same amount of oxygen a big tree would produce on Earth.

But, will this be enough? The amount of oxygen produced is constrained due to the power supply limits, and as of now, these are in no way enough for supporting astronauts on the red planet. Therefore, let us take a look at the future plans scientists have for MOXIE.

MOXIE’s successor will definitely be much bigger and larger versions, which could convert much larger quantities of carbon dioxide present in the Martian atmosphere into oxygen. NASA has stated that if MOXIE is successful, then the future missions will be to land a 200-times larger MOXIE-based instrument along with a power plant that would be capable of generating 25-30 kilowatts of power (34-40 hp) to increase the amount of oxygen production.

If this system is proved successful, it would be able to produce oxygen at a rate of at least 2 kilograms per hour (4.4 lb/h) over the course of one Earth year. This achievement would not only pave the way for future human exploration in the 2030s but could also be used as an oxidizer for a Mars ascent vehicle.

The oxygen produced can also be stored and used for life support for approximately one year. NASA also plans to make use of carbon monoxide, which is the byproduct formed when MOXIE converts carbon dioxide to oxygen. The carbon monoxide released can be collected, stored, and used as a low-grade fuel. Carbon monoxide can also be reacted with water to form methane, which could be then used as a primary fuel.

Since the key objective of Perseverance’s mission on Mars is to search for signs of microbial life, astrobiology, and to pave the way for future human exploration to Mars, MOXIE present in Perseverance plays a key role in the success of this mission by producing homemade oxygen on Mars, which in future could supply more than ¾ of the propellant humans need for future missions on the Red Planet.

With the emergence of a worldwide pandemic that has left even the best of the best technologies to dust, it has been proved that Earth is not permanent, at least not for humans.

With an exponential increase in the population of humans seen in the last few centuries, it’s high time humans start planning civilization on other planets, and not discard colonizing other planets as some futuristic plan. It’s the small steps we humans take now that in the future, the homo sapiens as a whole will be able to survive.

The best we can get now with our current technology is Mars. With several successful missions to Mars over the decade, human kinds best bet in the colonization of other planets. Astronauts and scientists in the international space station have been continuously conducting various tests and experiments, which have provided a wealth of data that helps to keep humans healthy and alive for longer periods in the harsh environment of space.

Not only the international space station but also various agencies on Earth have been working on various ambitious projects to test the limits of human endurance in otherworldly conditions. It is high time that humans embark on being a multi-planet species.

“I think humans will reach Mars, and I would like to see it happen in my lifetime.”

Mars always had a special interest in the minds of scientists for several years. Now, scientists have always wondered why our neighbor planet had a different fate from its twin, the Earth. Mars in many ways is similar to Earth with having the same day length as Earth, and also being able to host liquid water on its surface.

Mars is the second ideal terrestrial planet in our solar system, but now, it remains barely geologically active. Did life exist on Mars millions of years ago? Did Mars host water? Why is the Martian atmosphere slowly depleting? Did microbial life thrive on the planet millions of years ago?

The answers to all these questions can be answered by the human colonization of Mars, and the first step towards this amazing journey is set by Perseverance along with MOXIE stationed near the Jezero Crater, millions of km away from Earth. They are creating history and paving the way for future explorations on Mars.

Perseverance is the beacon of hope for astrobiology on Mars and also for discovering ancient life on the surface of Mars. From being a planet inhabited solely by robots, Mars can potentially host humans in the future of which oxygen on Mars plays a vital role. Hence, for human colonization on Mars, Perseverance is the key to success!