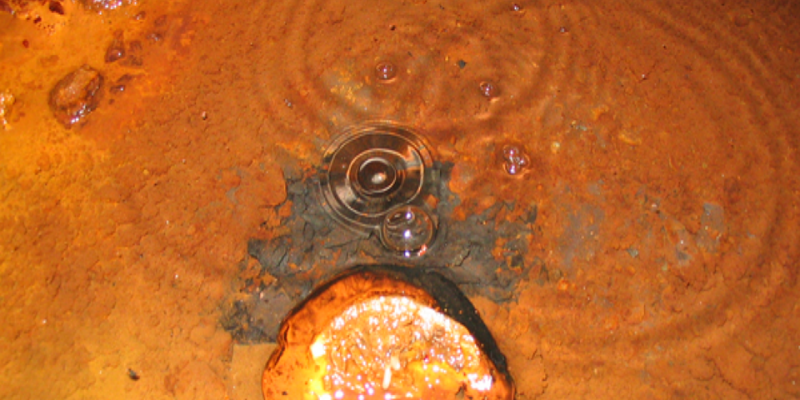 “Sometimes what are you looking for is right under your nose and you don’t even know it” – John Hall. This saying has been yet again been proved when scientists from the University of Toronto in Canada discovered what is now known as the “Oldest water on Earth” which could be the key to the quest for life on Mars. One might ask how these are related? Read on to find out! 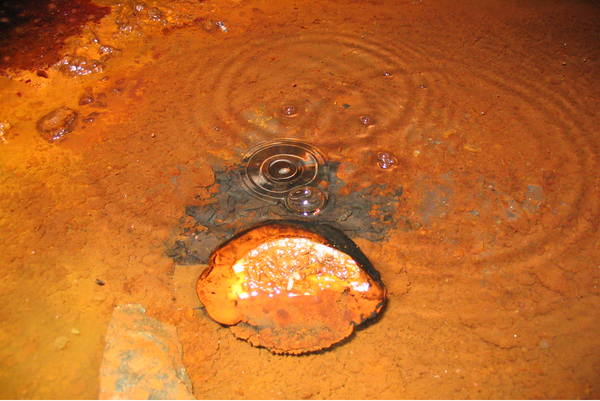 The taste of this water might not be exceptionally good according to the scientists but nevertheless, it still opens up new possibilities of interest for alien life on Mars.

In the year 1992 when 29-year-old Barbara Sherwood Lollar, a geologist in profession went to Kidd Creek mine, Timmins Canada as an expedition she never imagined that she would be returning with a groundbreaking discovery the “Oldest water on Earth”.

Guided by the musty odor that Barbara stumbled up during her expedition she reached the site where she found water bubbling from a fissure in the mine rock. This musty-smelling water which Barbara bought back from her expedition baffled the scientists a great deal that when the sample went for testing and results came out they believed that their spectrometer was broken!

Later on after a series of tests and experiments the water was found to be at least 1.6 billion years old, which makes it the oldest water found on Earth.

Pockets of water were found 1.5 miles below the Earth’s surface which had been completely isolated from the outside world for nearly 1 billion years. This water was found trapped in fissures between granite-like rocks. Recently this water was bubbling up from the ground made up of Zinc and copper mine for decades in Kidd Creek mine.

The water was very salty! The saltiness is caused due to the reactions between water and rock. The water was also found to be more viscous than normal water. The water is naturally very clear but as it comes out into the outside world the color changes into orange as the iron present in the water reacts with the oxygen in the air which turns the water into orange in color.

Scientists who tasted this water expressed that the water tasted very terrible. It is nearly ten times saltier than seawater! The saltiness of the water is what makes it unique and the oldest water on Earth. Scientists tasted the water because tasting was the quick and easiest way to determine the saltiness.

Hence the more terrible and salty the water tasted, the more scientists were sure that this water is really very very old!

How was the water trapped for billions of years underground?

The Zinc and Copper mines present in Kidd Creek mine were formed 2.6 billion years ago and were part of the ancient ocean bed. The water trapped is considered to be remnants of ancient ocean water which got stuck in the veins and cracks present in the rocks.

The water traveled through the network of veins present in the granite rock and got trapped eventually. When these veins opened up there was enough water present inside the cracks and these start bubbling out.

How was the age of the water determined?

How is the ancient water related to life on Mars?

While NASA’s perseverance rover has been making headlines ever since it reached the red planet in February, the Canadian geologists haven’t been falling behind and have also been delivering various discoveries with regards to World’s Oldest Water.

The discovery of this water has been heralded as a path-breaking discovery as the investigations show that a certain type of bacteria – the Chemolithotrophic microbes, a type of bacteria that is capable of thriving in the most extreme conditions has been inhabiting and surviving in this subterranean liquid.

This is not just a discovery of bacteria living in extreme conditions but also evidence of life thriving deep in the crust of Earth which is completely isolated from the Sun’s radiation and energy.

Researchers have also found that the chemistry in this subterranean liquid bore resemblance to ocean beds which are capable of being inhabited by extreme life forms. These microbes have been surviving in this extreme condition by feeding on nitrogen and sulphate. 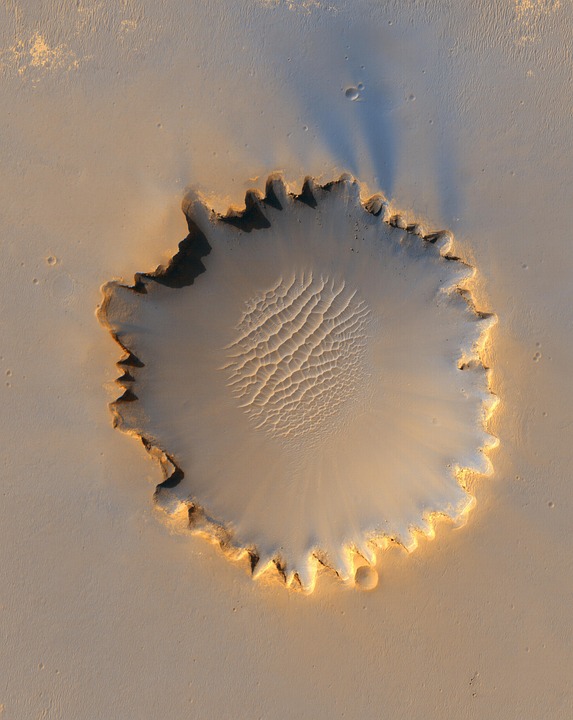 The location of Kidd Creek also plays an important role. Located in the Canadian shield which itself is aged 3.96 billion years and in the past used to be part of the ocean bed but millions of years of flux changed this horizontal sea bed into vertical which is now the preserved mines from which the water samples had been extracted.

The Canadian Shield is also home to some of the oldest rocks on Earth dating from 2.7 to 3 billion years old. Hence being a continental shield these experience very less plate tectonic activity and the Canadian Shield landscape is considered the closest analog to the subsurface conditions in Mars.

Therefore the presence of bacteria in these extreme conditions of high salinity about 5-10 times the saltiness of seawater and surviving for long periods without the interference of the outside world plays an important role in determining ancient microbial life in the subsurface of Mars.

This could not only answer the questions related to life on Mars but can also unlock some of the unanswered questions regarding the origins of life on Earth.

Life in Subsurface of Mars

Billions of years ago around the time life on Earth started emerging Mars was also considered to be young, with a thick atmosphere that kept the planet warm for water to exist in liquid form. Liquid water did not just exist but it thrived in oceans and water bodies. But soon this all changed. The atmosphere started thinning, there was a shift from a warm and amiable climate to a cold and dry climate.

The blue skies also shifted to a dusty pink in color. Soon the lakes and oceans also dried up and all that was left is the present-day Mars which is barren and barely geologically active without any liquid water present due to the harsh conditions and coldness of the Red planet. But scientists hope that this might not be the case of the subsurface of Mars. The Look of a Young Mars (Credit: NASA)

If there is any evidence of past life on Mars, dating back three or four billion years, it won’t be found in the desert of the planet’s surface, said Sherwood Lollar. It will be in the subsurface, and quite likely in deep subsurface water.

Scientists believe that the Red planet could have had a stable and sustaining environment for billions of years whose remnants could still be found in the subsurface of Mars. Even though the surface is constantly bombarded with harmful radiations from the sun and with no atmosphere to keep the planet warm, the subsurface on the other hand could have been kept warm from the radiation from the planet’s core which could keep the water liquid.

Several features in Mars are pieces of evidence for the presence of underground water, such as the large saltwater lake found under the ice present in the Mars South Pole. When this liquid underground water touches the Martian rocks, chemical reactions can take place which can cause reduction and oxidation of compounds and produce chemicals that are essential for life.

These chemicals can also be formed due to radiation. The Martian rocks are said to contain small amounts of trapped radionuclides which are atoms that are unstable and over time emit radiation. The radiation emitted is capable of breaking up water molecules into its components in the form of hydrogen gas and oxides, being highly reactive these can further react to create more chemical elements which can help in sustaining life.

Therefore if these conditions match with the conditions of the ocean bed, hydrothermal vents, or even the underground mines found in South Africa or Kidd creek where microbes have been thriving for billions of years without being exposed to the outside world, there is hope that under the barren, lifeless and cold surface of Mars, extra-terrestrial life might be flourishing.

The greatest invention of the universe “LIFE” as we call it might not be limited to Earth alone and the discovery of Earth’s oldest water might finally lead us towards the path of finding extraterrestrial life in the subsurface of the Red planet!

Particles in space: The discovery of unidentified ones

Cosmic Rays, Supernova and their remnants