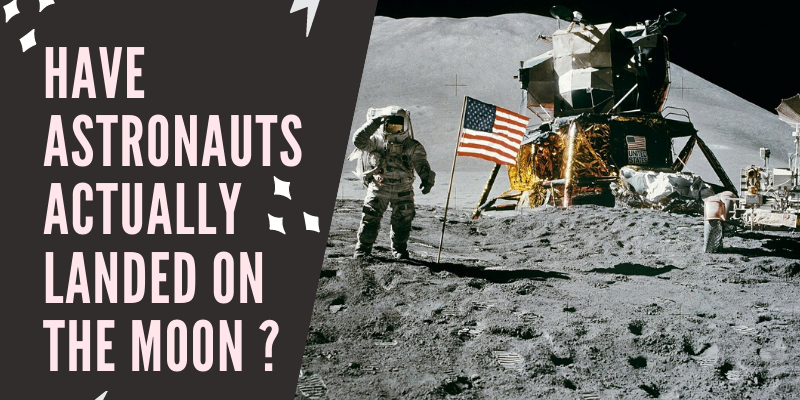 One of the most popular theories as to why the Moon landings couldn’t have happened has to do with something called the Van Allen belts. These are two huge belts of radiation that surround the Earth, shaped by Earth’s magnetic field and pounded with high-energy particles from the Sun’s wind. It’s been claimed that humans couldn’t have passed through these belts without being fried with lethal doses of radiation.

In fact, the international scientific community was aware of the Van Allen belts. All thanks to the Explorer, Pioneer, and Luna missions in the 1950s. Luckily, the timings of the Apollo launches were such that the Van Allen belts were at their lowest intensity, which fluctuates with the Sun’s activity. Radiation sickness occurs when you have been exposed to around 200 to 1000 ‘rads’ of radiation within a few hours. The Apollo 11 crew was within the belts for less than two hours during their journey to the Moon, and so would have only been exposed to an estimated 18 rads – well within the safe limit. There can still be some adverse effects from even this level of radiation, so NASA made sure that the Apollo 11 spacecraft was well-insulated such that the average dose of radiation over the 12-day mission was just 0.18 rads, or similar to the radiation dosage from a chest X-ray.

Another ‘giveaway’ that the landing was faked comes from the footage of the American flag that Neil Armstrong and Buzz Aldrin placed on the Moon. From photos and video, it appears to be flapping in the wind. There’s no air on the Moon so how can it flutter?!

The truth is that the flag isn’t flapping. There is a horizontal rod projecting from the post at the top of the pole to hold the flag unfurled. The flag was disturbed as it was planted into the ground and kept this bent shape because of the lack of strong gravity on the Moon.

Speaking of the flag photographs, it’s often pointed out that there are no stars to be seen in the background!

This is actually a common feature of photographs from space, where the contrast between light and dark is extreme. The surface of the Moon reflects the strong sunlight and appears very bright in photographs. This brightness drowns out the relatively dim light from stars in the dark sky. The human eye can adjust and pick out the stars, but unless it’s set to the right settings, a camera struggles with the contrast. Astronauts on the International Space Station today regularly take photographs of the Earth that show a completely starless background, but it’s the same problem of contrasts at work.

Let’s talk about the shadows in photographs from the Moon. One of the subtler arguments against the Moon landings has to do with non-parallel shadows. If the Sun is the only source of light, why do some shadows appear to point in multiple directions?

Actually, a rough, uneven surface can cause all sorts of shadows at different angles, even with a single light source like the Sun. This is something that can be easily experimented with at home. The combination of the Moon’s rough surface and the long shadows from a Sun low in the sky can easily create complicated shadows. The funny shadow in the picture above is likely created by an uneven ridge that extends towards astronaut and a low-angle Sun.

It is often claimed that if we really landed on the Moon, then it should be fairly easy to see the evidence with a telescope such as Hubble. But as powerful as Hubble is at spying galaxies, it simply doesn’t have the resolution to pick up fine details like spacecraft on the Moon – they’re too small and the Moon is too far away.

Thankfully, we do have a closer spacecraft, NASA’s Lunar Reconnaissance Orbiter, which has been in orbit around the Moon since 2009. And it has captured recent photographs of all the Apollo landing sites. These images show the Apollo spacecraft in exactly the right locations and amazingly, you can even see the astronauts’ footprints as they explored their lunar home. These landing sites have also been independently spotted by a variety of other spacecraft from China, India, and, as discussed above, Japan.

Walk in the Universe

How 3D printing is key during COVID – 19