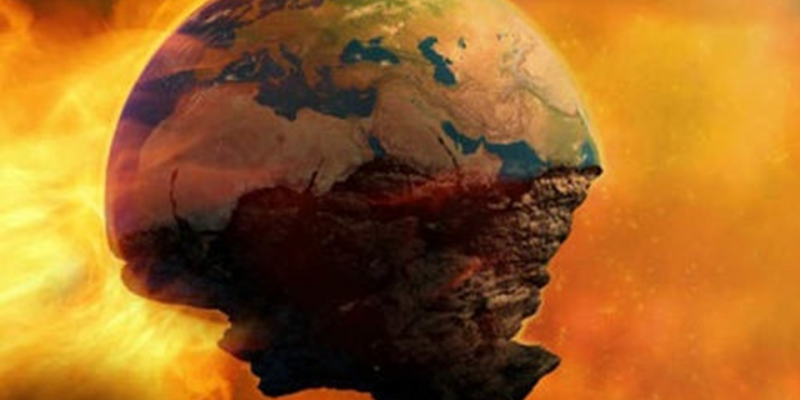 The future depends on what we do now! Our Earth, fondly called “The pale blue dot” is perfectly aligned in space that it hosts life. It is rightly placed in line with the Sun, the temperature is neither too high nor too low. It is moderate, allowing all living beings to live their lives to the fullest!

I am reminded of the quote by Carl Sagan who says in his book The Cosmos,”

There is perhaps no better demonstration of the folly of human conceits than this distant image of our tiny world. To me, it underscores our responsibility to deal more kindly with one another, and to preserve and cherish the pale blue dot, the only home we’ve ever known.”

These words inspire every Earthling. This quote has much to say, to live compassionately with each other. Our planet is special, it is special because of its beauty and flora and fauna. We have oceans that account for 70% of the surface of our planet.

The Earth’s atmosphere, composed of Nitrogen and the all essential oxygen ( about 21% ) that we breathe in for our survival.  The atmosphere also protects us from incoming meteoroids, most of which break up before they can hit the surface. Not only meteoroids but also from harmful cosmic rays as well. So we must take it as our duty to protect our beloved planet.

Now you may have a question, as to what makes this planet so special amongst the other planets. Well, the answer to this lies in the fact that although other worlds may have the capability to support life, it is still not very clear whether there could be life-based out of Carbon (Like that of life forms on Earth) or if it is something different.

Let us take the example of Mars, which is the only planet inhabited by Robots. The goal is to colonize the red planet is to search for extraterrestrial life and understand the dynamics of the planet.

It is said that Mars was once inhabitable, the kind of condition we see there clearly indicates that the red planet holds some deep secrets hidden which solely can be revealed by investigating its behavioural patterns and substructural processes.

It is said that we are Martians, yes you heard that right. Don’t be surprised if I clarify my statement. Different meteors had probably hit our planet which contained the structure of life, forming RNA. You never know, we could be Martians. Although it sounds a bit hypothetical, we should not rule out the probability.

Just like Mars as our neighbour, We have discovered that life may harbour on some of Jupiter’s moons like Europa and Enceladus. Europa for instance is the sixth-largest moon in the Solar System, a moon of Jupiter.

It has the smoothest surface and because of this, it led to the speculation that a watery ocean can exist beneath the surface of Europa. Because of tidal heating water may exist in liquid form. Tidal heating is a result of its noncircular orbit around Jupiter, and as a result, this causes a change in its tidal force on the moon.

Enceladus on the other hand is the sixth-largest moon of Saturn. When Cassini spacecraft flew by Enceladus, it discovered the plumes of water erupting from its southern pole. These plumes contain traces of water, organic compounds, etc.

This fascinated scientists when this discovery was made. But even as our search goes on, Have we found any planet which resembles Earth? The question is still open, but nothing can replace our planet Earth.

With our advancement in technology, We may become a multi-planetary species, but the challenges to cope up with different worlds is huge! That is why the time to act is now!

Each of these worlds is uncanny to live life to the fullest! So why not make our home planet a better planet to live in? It depends on us Earthlings, whether to destroy our home or make it even better keeping aside all our differences. Do we see any boundaries from space, no?

I am reminded of the quote by Sir Yuri Gagarin who says,” I see Earth! It is so beautiful.” “Orbiting Earth in the spaceship, I saw how beautiful our planet is. People, let us preserve and increase this beauty, not destroy it!”

The biggest problem we as a species are facing is the menace of climate change. Yes, the need of the hour is to step up our efforts to curb our carbon footprints. Day by day, this problem is worsening. We are already in the midst of a severe climate catastrophe.

We are seeing the consequences of it as well. For some it has become a buzzword, but what really is the meaning of climate change. Well, the meaning of it is a drastic change in the climate patterns which lead to unrealistic effects of weather patterns.

The main reason why the climate is changing is due to the emission of gases which create disturbance in the weather pattern of the planet.

Although climate change can be curbed through collective efforts. Collective efforts bring team collaboration and team efforts. We have to keep aside all the differences and come forward to save our planet. Our home planet needs to be saved.

If we consider the percentage of gases these are CO2 which alone accounts for more than 90% and Methane for the temperature rise. The countries around the globe have pledged to reduce the global average temperature by 1.5 degrees as per the 2015 Paris Agreement.

But it still is an agreement until it is acted upon by the nations on the ground. Many species are already facing the worst effects of this temperature rise, they are on the road to extinction. If we do not act now, We would face even more severe consequences of climate change.

Don’t underestimate space! Yes, our planet is a tiny blue dot that is suspended in a sunbeam. Space is hard, as we all know it. But what about asteroids that are roaming in space. Moreover, they are we can say as minor planets in the inner solar system.

Millions of asteroids exist, but most of them are drawn towards the giant Jupiter. Jupiter’s gravity is enormous, whichever asteroids follow the path towards Earth first have to cross the gravity of Jupiter. Most of the asteroids get crushed into Jupiter’s atmosphere, thus there is very little probability that the asteroid would collide.

But we can’t rule out the possibility. According to NASA, the probability of an asteroid collision is 0.1% every year. If any one of these asteroids does hit Earth it may land in the ocean. The odds of a 5-10 kilometer wide asteroid, the likes of which made the dinosaurs go extinct, hitting Earth is almost negligible at 0.000001%.

We all know our Sun is an average star amongst its family. It converts Hydrogen to Helium at a moderate rate, which is expected to go for some 5 billion years. Generally, the average stars live a longer life than massive stars which consume their fuel quickly and die.

The average lifetime of sun-like stars is 10 billion years and already it has lived for 4.6 odd billion years and the remaining life is 5 billion years more. Thus, looking into the future we can say that we are on the safer side. It is expected that the sun will become a red giant in some billion years but we need not worry for now.

Talking about we as species becoming multiplanetary species is itself a humongous task. As sir Stephen Hawking pointed out ”

Hawking said humans will need to colonize another planet within 100 years or face extinction. “With climate change, overdue asteroid strikes, epidemics, and population growth, our own planet is increasingly precarious.” He has clearly predicted the future.