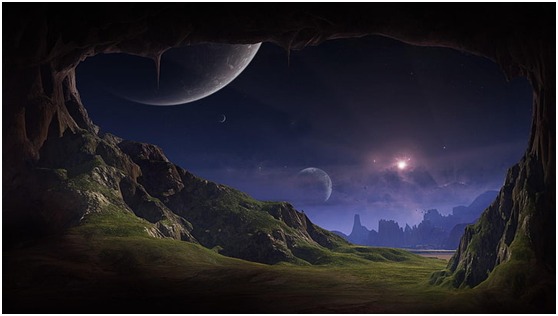 When searching for life outside our planet, we monitor planets that are similar to our Earth in terms of location and distance from the star (the area that allows liquid water to form) in addition to the type of planet (rocky), because this type of life, is the only one we know of.

But this does not mean that there are no life types on planets that are not similar to Earth, as a group of researchers has monitored a number of planets that have the possibility of hosting life, especially with the presence of an atmosphere for these planets concentrated in hydrogen.

These types of planets are found in more abundance than rocky planets similar to Earth, which could be a broader horizon for researchers to find life outside the system. In the same context, scientists named this type of planet Hycean Planets.

The researcher from the College of Astronomy at the University of Cambridge, Nicomadhusudan, says that the oceans in these worlds are similar in many ways to those on our planet, in terms of temperature and pressure, for example.

Researchers have spotted nearly 4,500 exoplanets in our galaxy alone. Data imported from the Kepler telescope suggests that the most abundant planets in the galaxy are mini-Neptunes, which are up to four times the diameter of our planet.

Madhusudan and his team are currently working to identify the basic factors that allow the Haicene planets to be habitable. The team found that these planets may have ten times the mass of Earth, and 2.6 times their size. In addition, it has a wider range of the habitable zone, which allows the latter to evolve at different distances from the star. For example, if the normal rocky planets move away from the star a great distance, they become icy and unfit for life, unlike what happens in the case of the distant planet Hisene, which maintains its heat.

Madhusudan explains this, saying: “The presence of greenhouse gases such as hydrogen contributes to global warming that allows the planet to move away from the star and maintain its heat that allows life to develop, unlike what happens on our planet, as the main greenhouse gases that are present on it are carbon dioxide and water vapor, the latter two They freeze at a very high temperature compared to other gases.”

The presence of this large habitable zone in the case of the planet Hisene leads to the presence of many types of Hiscenae planets.

For example, planets that are very close to a star experience orbital closure. This happens through the presence of one side of the planet that is constantly exposed to the star’s rays, and the other opposite it. These planets are called the dark Hasenic planets. The researchers expect the possibility of the existence of life on the side that is not exposed to heat and radiation. Another type is the cold Hisene planet, and these planets are found at great distances from the star, as they receive a small amount of radiation and heat.

Identifying these basic factors in these planets will contribute to allowing researchers to study the atmosphere of these planets and to monitor the vital fingerprints that are considered several essential elements for the existence of life, and these elements include ozone, oxygen and methane. But on the Hisene planets, whose atmospheres consist primarily of hydrogen, chloromethane and dimethyl sulfur are signs of life.

“The search for these biomarkers has been focused on Earth-like planets, which makes sense,” Madhusudan said.

He adds that the Hiscenaean planets have a higher chance of being host to these biomarkers.

The team clarified the types of these bio-fingerprints that can be observed in the Hyacinth planets. In addition, the team explained how to detect these fingerprints, by observing the planet as it passes in front of its star, which leads to the reflection or interception of specific wavelengths by the atmosphere. By studying past data, researchers are able to deduce the components of the envelope.

The presence of a dense atmosphere in miniature Neptunes allows them to be studied easier than those of rocky ones that have a lighter atmosphere.

In order to study these planets deeper, the James Webb Telescope will be able to perform these tasks, in addition to the presence of many observatories that currently possess this ability.

While waiting for the James Webb Telescope to launch, the researchers must complete the work in theory.

Madhusudan concluded by saying that these studies will contribute to helping us monitor the types of life within a few years.

But will the factor of Hydrogen-breathing organisms be a New hope for extraterrestrial life? 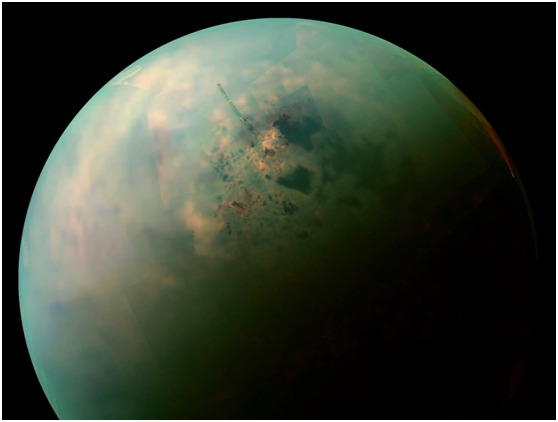 Because of scientific progress, the number of Earth-like planets outside our solar system has increased, and the hope is high to find some evidence of the existence of other life outside this planet. Evidence for the existence of extraterrestrial organisms is based on the analysis of the gases that make up the atmosphere of these planets, but what if these organisms used hydrogen for their biological processes instead of oxygen? The new study attempts to draw the attention of scientists to exploit the possibilities and research planets with hydrogen atmospheres as well.

Documenting and studying the atmospheres of planets outside our solar system is one of the goals of the James Webb Space Telescope. For this planet, and by looking at the absorbed light, we can know the composition of the atmosphere. If the composition is different from what we expect, the simplest explanation for this is that living processes are what maintains this atmosphere.

In the atmosphere of our planet Earth, methane naturally reacts with oxygen to give carbon dioxide, but methane remains in biological processes. In other words, the Great Oxygenation or the Great Oxidation Event, when free oxygen first appeared, would not have occurred without the process of photosynthesis by living organisms.

Searching for an atmosphere that does not contain oxygen

The authors of the new study suggest starting with the exploration of new planets larger than Earth, and hydrogen mainly enters the composition of their atmosphere, taking into account that they may not contain free oxygen; Because it makes a highly flammable mixture when reacted with hydrogen.

Hydrogen is the smallest and lightest known molecule by weight and can easily escape into space. A terrestrial or rocky planet needs gravity strong enough to maintain a hydrogen atmosphere, and the mass of that planet must be two to ten times greater than the mass of the planet and hydrogen arises from a chemical reaction between iron and water or is released from space during the formation of the planet.

It is easy to detect exoplanets with a hydrogen atmosphere; Because this atmosphere surrounding the planet is about 14 times larger than Earth’s atmosphere, which is dominated by nitrogen, and has more density and less volume.

In the laboratory, researchers have proven that E-coli bacteria – billions of which live in the human intestine – may multiply and live in a hydrogen atmosphere completely devoid of oxygen, as is the case for a group of yeast species, and this supports the study looking for life on planets where there is no It contains oxygen.

Today, there are many organisms that live on Earth’s surface through hydrogen metabolism, and there is also a multicellular organism that lives in an oxygen-free zone on the floor of the Mediterranean Sea.

Gases from the biometric fingerprint

What increases the chances of finding other forms of life outside Earth based on research on planets that do not have oxygen in their atmosphere is another discovery that took place in the laboratory that showed that coliforms that secrete dozens of gases, such as carbonyl sulfide, isoprene and dimethyl sulfide, can be detected in a hydrogen atmosphere.

Molecular hydrogen works in sufficient concentration to form greenhouse gases that keep the planet’s surface warm enough for liquid water, giving it the potential for life on its surface.

Ultimately, scientists avoid searching for the possibility of life in gas giant planets like Jupiter, but by expanding the search to include planets rich in hydrogen atmospheres, we may double the odds of finding the first signs of life outside Earth.