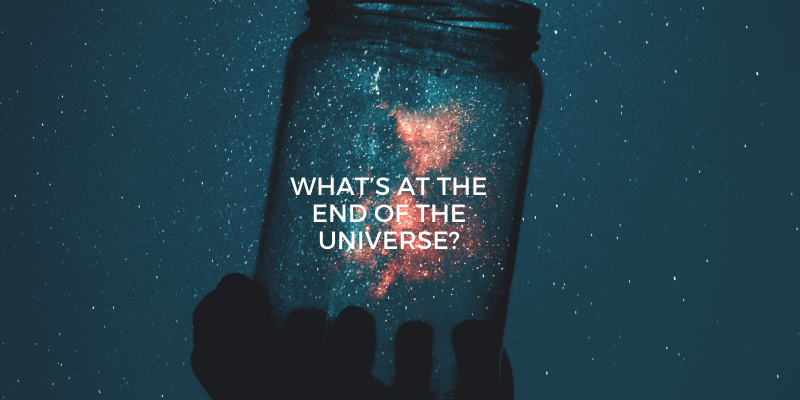 And how do we know that?

First of all, the universe is expanding and not only that the rate of its expansion is accelerating. The reason: Dark energy. Dark energy is a strange phenomenon that scientists believe permeates the universe. Until 1998 we thought that the universe must work a bit like a ball that you throw into the sky. The ball moves up, but at some point, it has come down again. But the expansion of the universe is actually speeding up. That’s like throwing a ball up and watching it fly away faster and faster and faster. Where is this acceleration coming from? Well, we don’t know, but we call it “dark energy”.

Einstein thought of it first and then decided it was stupid. Now, Astrophysicists have decided it is plausible. Trouble is, this is all very theoretical, and we don’t actually know what the properties of dark energy are. But there are various theories and they lead us to three scenarios for the end of universe.

One the ‘BIG RIP’. Since its birth, the universe has been expanding.

For unknown reasons new spaces created everywhere equally. The space between galaxies expands, so they move apart. The space inside galaxies also expands, but here, gravity is strong enough to keep them together. In the Big Rip scenario, the expansion accelerates up to a point where the space expands so fast that gravity can’t compensate for this effect anymore. The result is a Big Rip. At first, only large structures like galaxies are torn apart, since space between the single objects expands very fast.

Next big bodies like black holes, stars, and planets die. Their gravity isn’t strong enough to keep them together, so they dissolve in to their components. In the end, space would expand faster than the speed of light. Atoms would now be affected, and they would just disband. Once space is expanding faster than the light, no particle in the universe can interact with any particle anymore. The universe would dissolve into countless lonely particles that won’t be able to touch anything else in a strange, timeless universe.

Two: ‘HEAT DEATH OR A BIG FREEZE’. In a nutshell, the difference between the Big

Rip and heat death are that in a heat death scenario matter stays intact and is converted over an incredibly long but finite period of time into radiation, while the universe expands forever. But how does this work? Let’s talk about entropy. Every system tends towards the state of highest entropy, like when we have a little macchiato. Initially, it has different regions, but over time, they will cool down and disintegrate until it’s uniform. And this also applies to the universe.

Nothing can happen more beautiful than death

So, while the universe gets bigger and bigger, matter slowly decays and spreads out. At some point, after lots of generation of stars, all the gas clouds necessary to form stars will be exhausted, so the universe will turn dark. The remaining suns will die; black holes will slowly degenerate and evaporate over trillion of years due to what’s known as Hawking radiation. When this process is complete, only a dilute gas of photons and light particles remains, until even this decay.

All activities in the universe ceases at this point; entropy is at its maximum and the universe is dead forever. Unless theoretically, it might be possible that after an incredibly long amount of time, there might be a spontaneous entropy decrease as a result of something called “quantum tunnelling”, leading to a new Big Bang.

This is the most uplifting scenario. If there is less dark energy than we think or it decrease over time, gravity will be the dominating force in the universe one day. In a few trillion years, the rate of expansion of the universe will slow down and stop. After that, it reverses. Galaxies will race at each other, merging as the universe becomes smaller and smaller. Since a smaller universe also means a hotter universe, temperatures rise everywhere all at once.

Finally, all black holes would emerge into a supermassive mega-black hole that contains the entire mass of the universe, and the last moment before the Big Crunch it would devour the universe, including itself. The Big Bounce theory states that this has happened a lot of times and the universe goes through an infinite cycle of expansion and contraction.

Well, wouldn’t that be nice? So, what will actually happen to the universe in the end? At the moment, heat death seems the most likely, but this “dead forever” stuff is wrong and the universe will start over and over again. We don’t know for sure either way, so let’s just assume the most uplifting theory is true.