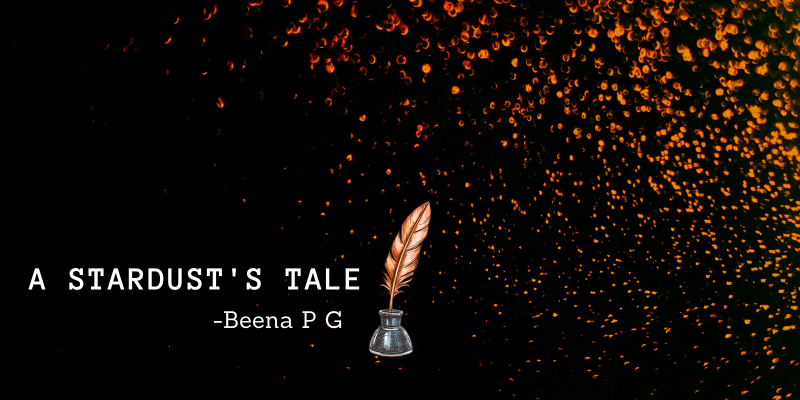 Wandering amidst the cosmos,  a little stardust fell on earth.
Guarded by three Angels at the time of birth!
She cursed and cried ,
for having them in sight.

Little did she know,  it was not they who were evil… but she!
She hated their teachings for years …
For loads of advice filled her ears!
As she grew….so did her troubles.
Amidst all the emotions, she believed..
the family’s black sheep she was indeed!!

When two of my Angels left, to set up their own homes.
The princess of the house, Danced on her feet!
For there  were no more reasons to fight,
nor was there anyone  to spy!

But soon she felt, A piece of her heart ….was lost
Eighteen years seemed to have passed so fast!
Her journey continued,
she had two more souls at home to trouble.

Was she,   the devil’s little bubble?
For she troubled those two souls.
And did everything … that she wished to do…
Never did she do, what they wanted her to do.

And then she woke up again … into another dimension..
This time she was awakened by the child she bore…
It took her a quarter of a lifetime…
To know how unconditional their love was!
And so as she awakens,  day after day….
Meeting people after people….
She hardly learnt much from the books.

Her learnings were beyond  a book!
Everyday … a chapter to learn.
And today as she stands …..looking up at the cosmos…
She is assured …. that…. this stardust from the sky,
Didn’t fall….  out of heaven …
It had fallen into one!

She owes her Angels, many lifetimes of gratitude .
It is they who taught her to love, live and value …
life in this beautiful realm!
40 years it going to be….
Her slumber  will surely end…. that she can see…
This  Stardust will fly from here, Not knowing next, where its going to be!

What’s at the end of the universe? 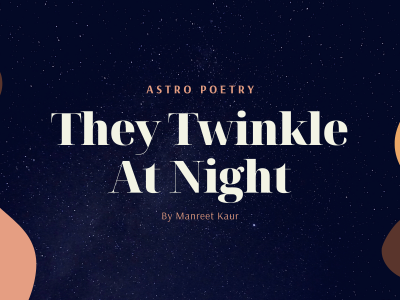 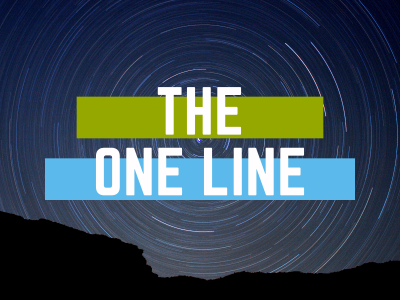 In this age of online, we often forget the beauty of one line. In this age ...
By Deepthi Narasimhan
September 13, 2020