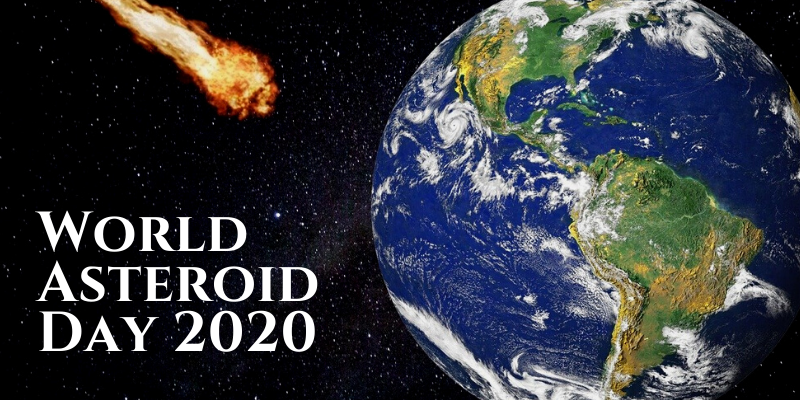 It is a common cliché to begin a space blog with “When you watch the skies”; it is a ticket to travel in the cosmic abstract environment of the universe. While it is a treat to our primal curiosity, this article is a tad different from the awe of marvels in our known universe. What lurks outside are sometimes unexplainable, plain mysterious and mind-bendingly surprising as we strive to stay aware and informed by day. Here is an incident that was a near miss, yet changed perspectives round, on our little acknowledged existence in the cosmos.

The more we learn about asteroid impacts, the clearer it became that human race has been living on borrowed time

A Falling Vengeance – A Supernatural Rumble In The Siberian Skies

A remote and humble river at the heart of the Russian soil, the Tunguska went about its usual routine of calm and unstifled surrounding, ready for another day of solitude and uninhabited luxury. By around 7 in the morning, the light was modest and the skies shone blue. Soon after, recorded witnesses claimed the blue descended into the Earth – a falling luminosity plunging to touch the Russian belly. The touchdown never manifested, but what followed were devastation of acres of wildlife – fauna and flora, seismic shock-waves that shattered building windows, grounded all forms of life hundreds of kilometers from dot and supposedly viewed as a blast light approximately 800 kilometers away [1]. Though Hiroshima and Nagasaki came decades thereafter, the comparison of energy release made the infamous nuclear annihilation look like an AAA battery. There are no official recorded deaths until date, but close to three deaths suspected. The information we have today from the Tunguska event have been a record of data, numerous expeditions and repeated counts of investigations over three decades from the event.

Events such as the one mentioned, revitalize our perspective on the magnitude of our existence. Every experience shapes our persona, making a different human being against the same, prior to the experience. Similarly, when we realize that we constitute a minuscule, an atomized speck of the expanding cosmos, there’s a reverence to the fact we made it this far. The International Asteroid Day (UNGA Resolution A/RES/71/90, 2016) [2], is an initiative by the United Nations to spread cognizance regarding possibility of asteroid impact risks, and most crucially, to educate society about disaster communiqué at world stage, in case of a NEO hazard.

The Big Bang’s phenomenal burst of energy settled across few gas and dust cloud centers, which debilitated by gravity over millions of years to form the sun. Lucky portions of nebulous rock and dust from star birth coagulated to form planets. The leftover kids of the solar classroom are the Asteroids. These giant chunks of icy, planet-like space rocks were the unfortunate residual as they never were a principal part of star or planet formation, and stay in constant orbit about the Sun.

In technical terms, NASA classifies comets and asteroids as Near-Earth Objects or NEOs.

NEOs are a classification of space paraphernalia, which may have a conceivably detrimental impact on Planet Earth. Until date, close to 16000 NEOs are known within the Solar System. The Tunguska Event was the Earth’s largest NEO impact in documented history. Another such event occurred in February of 2013 across the horizon of Chelyabinsk, when a blazing meteor (also known as ‘superbolide’) fragmented in the atmosphere, releasing an energy burst equivalent of 400+ kilotons of TNT [3]. This was the largest recorded since 1908.

We have seen what Asteroids are prior. The nomenclature differs in determination of their locus in space i.e. whether in orbit, or in the Earth’s atmosphere.

A mini version of an Asteroid is a Meteoroid. They are substantially miniature than the former, within a range of our daily household objects. When a Meteoroid enters the atmosphere, it fights the atmospheric air and pressure, and in the process, ignites itself into a streak of traveling light as it plunges further into the Earth. This is a meteor; they end their journey in air. In popular terms, these are our ‘Shooting Stars’. The Tunguska event was the job of a Meteor, as it exploded mid-air.

Meteors that survive the heated odyssey of the atmosphere and strike the Earth are called Meteorites. The impact meteorites leave. is catastrophic. They leave a crater as large as they occupy, whilst triggering shock-waves disturbing or ravaging miles within impact vicinity.

The International Asteroid Day was formally adopted in the year of 2016, but the idea and its unofficial existence were few years earlier. The Chelyabinsk meteor event rattled many scientists worldwide and was a wake-up call to all countries. An initial group coined June 30th as Asteroid Day in 2014; among the group were famous heads such as Stephen Hawking, Rock Band Queen’s Dr. Brian May and filmmaker-activist Grigorij Richters.

Two years later, the United Nations publicly recognized the same, in collaboration with space agencies, educational institutions and governments. Each year these entities present a range of activities on the day or a mutually agreed by all organizers.

As years roll forward, the number of potential impact asteroids on our planet rises exponentially. With the combined capabilities of the world countries, it is estimated that we have barely figured only a single percent of them. A declaration has been announced since, named ‘the 100x Declaration’ – a requisition to maximize our current potential of space object detection by 100,000/year, over a decade. The declaration’s fundamental goals are as the following.

In contemporary pop culture, it is common that asteroids are a vital apocalyptic peril and have been a leading possibility of wiping dinosaurs during the 65 million years ago scene. However, as a counterweight, a prominent theory surrounding the origin of life on the planet owes a mammoth gratitude towards asteroids i.e. it’s theorized that life on Earth arrived from distant space, through an asteroid impact few billion years ago.

The next time you see a ‘shooting star’, hopefully wish for a safe universe and a greater benevolence from Space – as “a silent guardian, a watchful protector…a Dark Knight [4]”

WHAT IF WE ARE ALIENS IN THIS PLANET?

What’s at the end of the universe?