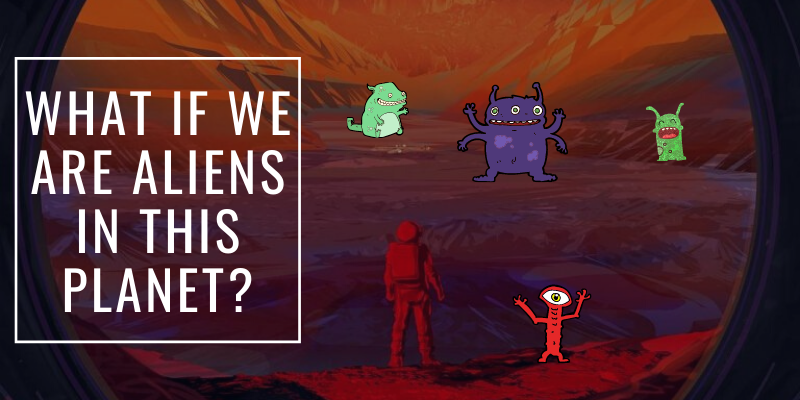 Panspermia is a Greek word that translates literally as “seeds everywhere”. The panspermia hypothesis states that the “seeds” of life exist all over the Universe and can be propagated through space from one location to another.

Are We Human Descendants From Mars ?

The prospect of life existing elsewhere in the solar system or wider universe has been at the center of debate for decades. Given the millions of stars and worlds “out there”, is earth really the one actual planet hosting everything? And even if it was found that life doesn’t exist on other planets right now, could it have existed somewhere else in the past? Somewhere relatively close to home?

Did Humans Live On Mars Before Earth ?

Though it’s widely believed that mars in its current state couldn’t support complex life, there are various theories to suggest that ancient mars may have been a much more hospitable, habitable environment. Perhaps at one point even more so than earth was. It’s thought that, more than three billion years ago, the “Red Planet” was actually similar to what earth is now in terms of climate and conditions, with vast lakes and warmer weather patterns.

In terms of whether it ever hosted life, NASA’s curiosity rover has collected plenty of apparent evidence that it may have or at least that it was a possibility. curiosity was launched in November 2011 and landed in August 2012 with primary goal of exploring the gale crater – an area that’s now believed to have once been a sprawling body of water. The rovers mission objective was and still are far reaching, but much of what it does collects, studies, and records is done, so that NASA scientists can try to determine whether Mars could ever have hosted life. First off, while navigating the gale crater, curiosity discovered a host of specific molecules and carbon chains which, according to NASA, could have contributed to formation of early life. Since then, during curiosity’s further exploration of Martian landscape, it has found evidence of sulfur, nitrogen, hydrogen, oxygen and carbon; elements that are also essential to life. We are after all carbon-based beings.

The puzzle is by no means complete, and at the moment there’s no solid, irrefutable answer on whether life does have or has never existed on Mars. But it does seem as though early Mars at least contained all of the fundamental pieces necessary for it to happen. John Grotzinger, the chief scientist behind the curiosity rover, has confidence that Mars was once a habitable planet even claiming that the water that once filled the Gale crater would’ve been safe to drink. It’s an exciting thought, but it also ignites another question: “if life was initially on Mars instead of earth, then how did it eventually get here?” well assuming for a second that life at some point did, in fact exist on Mars, the prospect of the two planets somehow exchanging organisms might not be all that far-fetched, given their close proximity. At the closest point in their orbits, Earth and Mars are approximately 34 million miles apart. It is a massive distance, but not exactly insurmountable in the grand scheme of space. And here we get the Panspermia theory, which suggests that forms of life exist thought the universe and travel through space mostly on meteorites.

The chances of microbes actually surviving such high speed, inter-planetary, trans-star-system journeys are definitely low but studies have shown that it is possible. And we do already know that various meteors from other celestial bodies have made their way to earth. And that Mars has been pummeled with space debris in its past, as well So, if there’s even a grain of truth in the panspermia theory, then it may well played out on our planet and the “Red Planet” and across billions of years, such events may theoretically have passed vital material from Mars much more recently, scientists like Steven Benner, of Westheimer institute of science and Technology, have added more fuel to the theory arguing that, thanks to its store of the element boron, early Mars may have actually been a better place than early Earth for the creation of RNA or ribonucleic acid an essential building block for life. So, perhaps life really did develop on Mars first before travelling to Earth or that at the very least, an adequate store of boron made it to Earth via meteorites to kick-start evolution here. It ties closely with the “phosphate problem” which science has long been trying to figure out. The problem posits that early Earth couldn’t sustain the vital phosphates needed to create life. But early mars could well have done.

In 2013, shortly after Benner revealed his ideas on why mars have been a better breeding ground for basic life, the university of Nevada’s Christopher Adcock led a study which found that it was much more likely that phosphates on Mars would’ve developed in water; compared to phosphates on earth which weren’t as complaint with water. So, seeing as we believe life started in water, Mars is arguably a more likely early home. As interesting and possible as may seem, though the idea that life existed on mars is still just a theory. And a jump from the red planet perhaps hosting early microbial life to it being the long-lost home for an ancient line of actual human beings that we no longer know about is a massive one. Depending on who you ask, some form of life may have existed or may still exist on Mars. But walking, talking, advanced, intelligent and recognizable humans? Not likely.

For those trying to pinpoint the origin of life, though Mars offers an alternative to our own planet, with some claiming that earth increasingly seems a more unlike source. But there are still plenty questions of hanging over Mars in general, not least, “what exactly happened to its atmosphere?” while there’s still no proof that life has ever existed or excelled there, the general consensus is that it’s at least possible.