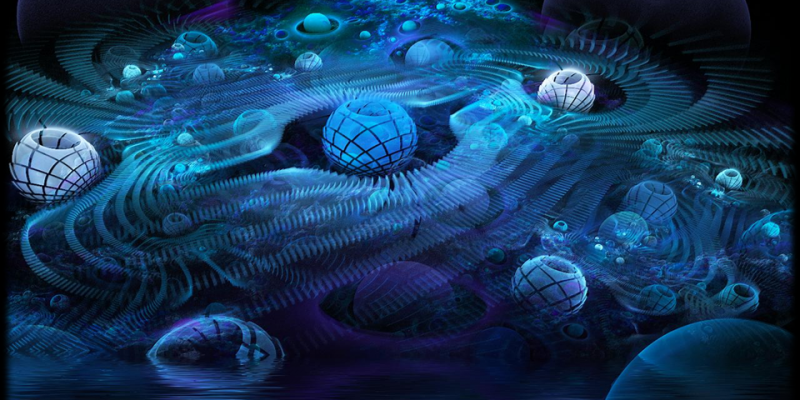 According to our current understanding, there is one patch of spacetime that is expanding and speckled with trillions of galaxies, and that is our universe. Even if we assume the existence of other universes (multiverse), we will still be unable to find convincing evidence for their existence.

This explains why the theories of cosmology, quantum physics, and the philosophy of science itself contain some problems that can be solved if the bubble of our universe – which we assume contains everything – is not the whole of existence.

This does not mean that other universes must exist. But what if it really is?

What is the universe?

This question is supposed to have a simple answer. Despite this, various scientific fields differed in finding an accurate definition of the universe.

Cosmologists would say that it expresses the total mass of matter (and the space in between) that has been slowly expanding from a highly concentrated volume over 13.77 billion years to become progressively chaotic over time.

Which currently spans 93 billion light-years from edge to edge, at least based on all the visible (and invisible) things we can somehow detect. Beyond this limit, there are things that we either cannot see as an infinite expansion of nothingness, or, as in the unlikely scenario that all space is supposed to bend back on itself, go back to the beginning as in a very spherical universe.

If we talk from the perspective of quantum physics, we can refer to the term universe to all fields and their particles and their effects combined in some of them. As a rule, the universe is considered a closed system, meaning that it cannot suddenly lose or gain a great deal of energy.

Philosophically, the universe might be a separate set of fundamental laws that govern the behavior of everything we observe. It can be defined by its own rules that determine its extraordinary speed of light, telling particles how to push or pull, or how space should expand its light.

What is meant by the multiverse in cosmology?

A century of astronomical observations has told us a lot about the age, size, and evolution of galaxies and stars, matter, and the four dimensions that we sum up in space-time.

One thing we know with great confidence is that everything we see now is expanding at an accelerating rate. This means, logically, that the universe, at least in which we live, was once much smaller. 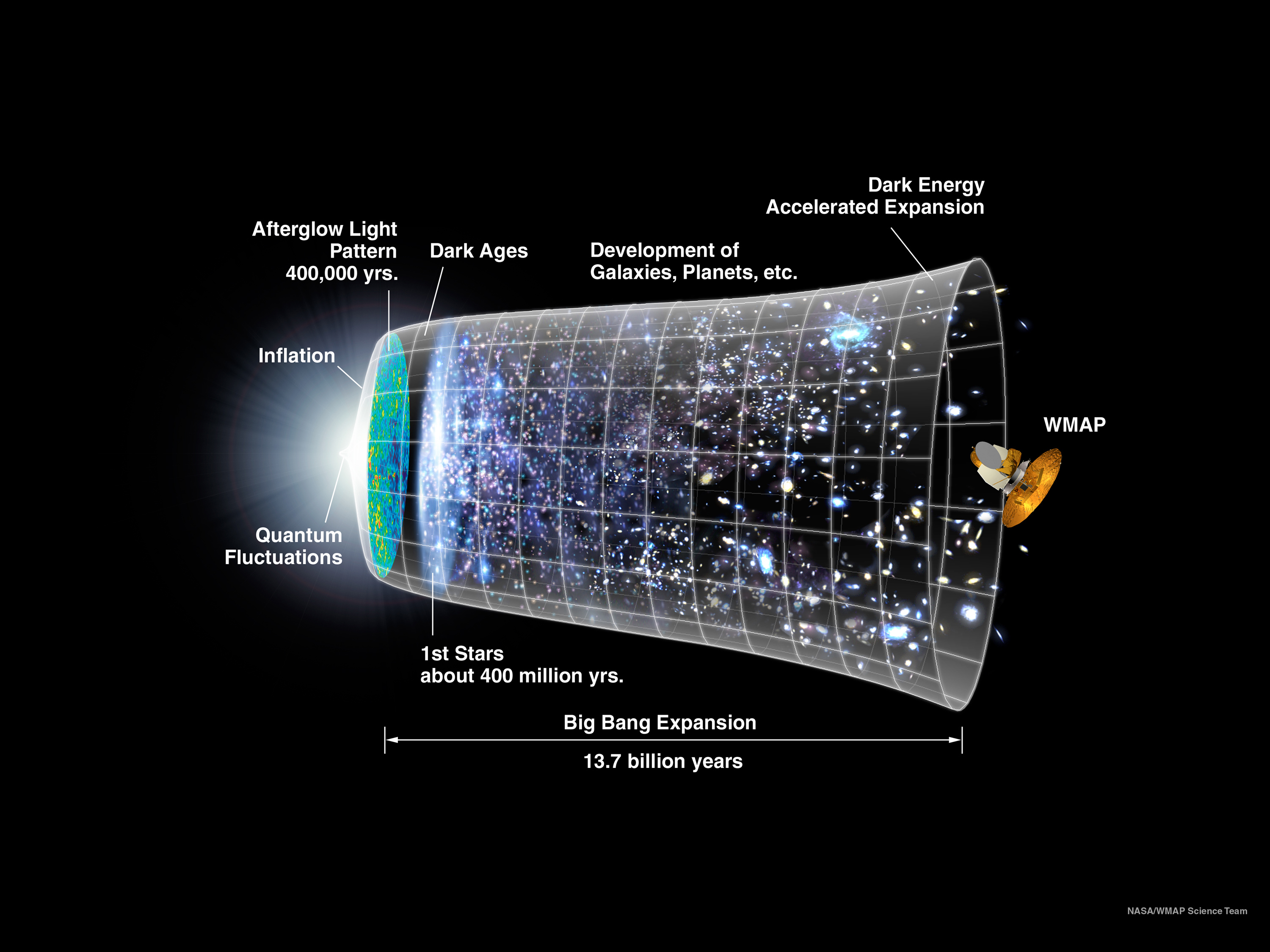 We can theoretically compress all the matter in the universe to such a point that the concentration of energy turns the atoms into a soup of simpler particles and forces, which are so mixed up that we cannot tell them apart. Is there any smaller than that? we do not know…

If we accept what is known as the periodic model of cosmology, we will discover that the mother universe somehow preceded us. This universe may be similar to ours, but it is running in the opposite direction. It shrinks over time to a concentrated point only to then bounce outwards for some reason and run that way forever, we might imagine the universes involved bouncing back and forth similar to the endless yo-yo effect of growth and collapse.

Or, if we agree with what is known as the corresponding periodic model, the universes expand over trillions and trillions of years until their particles become super-spreading speckles, and in mathematical terms, everything will look like a new universe.

If that doesn’t appeal to you, there’s still a chance our planet could be a white hole – the hypothetical back end of a black hole from another universe -. This logically means that black holes in our universe are mothers to new universes like the Amobay universe.

What is the multiverse from a quantum physics perspective?

Early in the last century, physicists found that theories describing the matter as small objects told only half the story, and the other half being that matter behaves as if it were a wave. The exact meaning of this dual nature of reality is still debated, but from a mathematical point of view, that wave describes the odds of winning and losing in a game of chance.

This possibility is built into the mechanism by which a universe like ours operates. Of course, this is something that we cannot observe in our daily life as a very large group of atoms. When we send a very large amount of particles in the form of a rocket to the moon to cross a distance of 300,000 km, we are not playing dice or betting on the possibilities. We can trust classical physics just as we can trust the sunrise every morning.

But as we take a closer look and zoom in on an area in space or time, we need to take into account the potential range of measurements we might find.

This randomness is not the result of things we don’t know, but because the universe itself hasn’t made up its mind yet. There is nothing in quantum mechanics that explains this transformation either, which leaves us imagining what it all means.

American physicist Hugh Everett proposed in his doctoral thesis in 1957 that all possibilities are equally real, and represent current realities, separate universes, so to speak, just like the universe we know.

What distinguishes one universe from others in the presence of the multiverse is how each wave relates to a specific measurement taken from other waves in a phenomenon we call entanglement.

What we mean, and why we experience one group intertwined through waves upon another, is unclear, and some methods pose a larger problem to solve.

What is meant by the multiplicity of universes from the perspective of philosophy?

One of the most basic assumptions of science is that you are not special. The same goes for any other human being, or our planet, or even our universe.

From time to time some rare events occur, and they raise big questions that we cannot answer by saying: “It just happened this way.”

So why does our universe seem to have the right tensile strength that not only allows particles to emerge, but to freeze long enough to become atoms that can undergo complex chemistry to produce thinking minds, like ours?

Philosophically, anthropological principles suggest that we may have taken it backward. Without these conditions, no minds would have arisen to consider the astonishing turn of events. If only one universe were created “this way” early on a spring morning, it would only be a great coincidence, really very great. But if there are an infinite number of universes, with infinite combinations of pushing and pulling forces, some of them will inevitably give rise to minds that may ask: ‘Are we part of a multiverse?’ ‘do we live in the multiverse?’

Will we discover other worlds?

Given the definition of the universe itself resting on a kind of physical fence that keeps the influencers separate, it’s hard to imagine how we might observe siblings of our universe. But if we could observe it, we might see the rest of the universes as an extension of our own.

Anyway maybe /some cheats let us peek. Any experiment to find a universe must rely on that “fence” having holes through which particles or energy can seep either into or away from our universe. And in the case of previous universes in our past, there are sure to be colossal events that left enough scars that even the birth of a new universe can’t erase.

At the moment, we have no good reason to think that our bubble of existence is unique. Given that we are still learning how our universe works, current gaps in physics can be filled without any need to imagine a reality other than our own.

In countless other forms of this matter scattered throughout the multiverse, however, a question, if we are alone, might have a different answer.

Suggested Reading: Is there a boundary to the universe?