Share
The universe is a big place. So big, in fact, that it’s hard to wrap your head around the idea of infinity. But fortunately for you and me, we don’t need to cover all of the space-time to find some pretty mysterious stuff going on out there!
Scientists are still trying to unravel the mysteries of space, and we may never know all of those. But that doesn’t stop us from wondering about the strange and mysterious objects that exist out there. So what are some of the most mysterious objects and phenomena in space? Let’s take a look.
One of the most mysterious objects in space is dark matter. We can’t see it or touch it, but we know it’s out there. Dark matter doesn’t reflect or emit light, which is why it’s so hard to detect. Scientists believe that dark matter makes up about 27% of the universe, but they’re still not sure what it is. It’s possible that dark matter is made up of exotic particles that we don’t yet know about.
Another mysterious phenomenon in space is fast radio bursts. These are extremely bright flashes of radio waves that last for just a few milliseconds. They were first discovered in 2007, and since then, scientists have detected more than 100 of them. But they still don’t know what causes them. Some theories suggest that they could be caused by colliding neutron stars or supermassive black holes.
The Wow signal is another mysterious phenomenon that scientists have been trying to unravel for years. This signal was detected in 1977 by a radio telescope in Ohio, and it’s still not clear what it was. Some people believe that it could be evidence of extraterrestrial life, but there’s no proof that this is the case.
So these are just a few of the mysterious objects and phenomena in space that scientists are still trying to figure out. It’s fascinating to think about all the things we don’t know about our universe, and it’s exciting to think about all the discoveries that are still waiting to be made.
We know that space exploration is important for our future and we want kids to have the opportunity to experience this amazing field of study. But limited availability of camps for children, causes most kids never to get the chance to explore space.
Astro Space Camp is a week-long camp where kids can learn about rockets, astronomy, and astrophysics. They’ll also get a chance to learn with hands-on experience in model making, simulations, experiments, and a lot more. Space Camp is the perfect way for kids to learn about space and network with other peers.
If you’re interested in sending your child to Space Camp, please visit our website for more information. Thank you for your support!
Click Here to know More

The Indian Space Research Organization (ISRO) is taking strides to reach out to Indian students ...
By sujaysreedhar
April 7, 2022 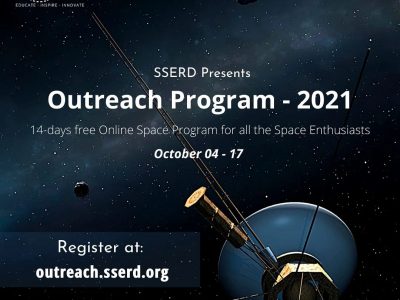 Society for Space Education, Research and Development (SSERD) has been an independent, non-profit organization dedicated to ...
By priyanka kasturia
October 10, 2021