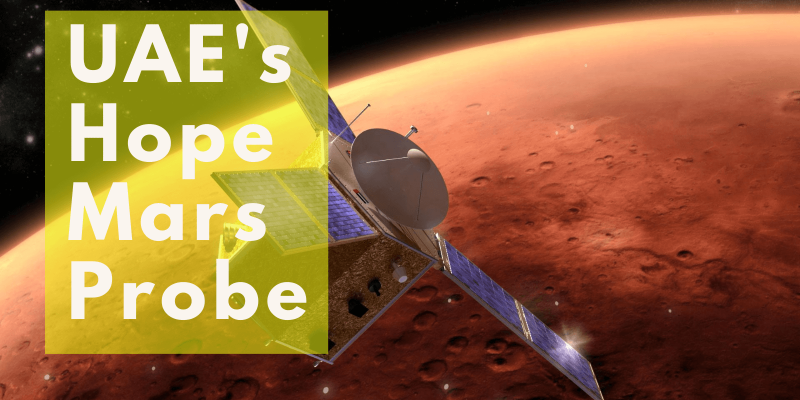 Space exploration is the next direction towards the future of expanding human curiosity beyond the gravity of our planet. For decades since the first milestone of space travel, superseded by humanity’s mark on the Moon, Space has since been included into Earth’s colonial observation.

Whether the hard-to-digest fact that our planet may not be enough to compensate growing consumption or a brave endeavor to search the magical universe until explainable by Science, Space Research has launched many satellites/orbiters to study planets & moons to understand the favourability of living conditions and much more to uncover a space body’s intimate behavior.

A large focus of the Space Research has been on planets within the Solar System, and Mars has been of keen interest to scientists. Post-World War, Space Travel and Sea exploration have amped their game like never before. The Soviets were the first to consider a study the interplanetary environment between Earth and the Red planet with the mission Mars M1 No.1. Unfortunately, the spacecraft never made it past Earth, failing in the Lower Earth Orbit (LEO). It wasn’t until more failures from the Soviet Union and the United States, that the Mariner 4 of the latter made the first successful flyby in 1965, followed by Mariner 9, the first space probe to orbit a different planet.

The Soviet Union and the United States dominated the Mars mission forum until the dawn of the 21st century, when more governments pitched interest. Some were Japan, the European Union, China and India. A point of sheer importance is that India became the first country to have successfully launched an orbiter within the first attempt.

The UAE is the new entrant in the exploration of Mars, and is all set with its first Orbiter mission, Hope [known by Al-Amal]. Hope is the brainchild of the Dubai-based agency Mohammed bin Rashid Space Centre (MBRSC), in association with University of Colorado Boulder and UCBerkeley. Saudi Arabia was the first country of the Middle East to send an astronaut into space in 1976, and since then, the UAE’s race to have an identity in space has only intensified.

The flight was on 19 July 2020, when the length between the Blue and the Red planet were at minimum (also called the biennial window). The scheduled plan of this Emirati orbiter is to arrive in the planet’s orbit on the 50th anniversary day of the UAE’s independence.

Hope’s core aim is the mapping of Mars’ interaction with space, understand climate dynamics over one Martian year (approximately equal to two years on Earth) and why crucial gases like Hydrogen and Oxygen are lost from the atmosphere into Space. Through the loss of these crucial gases, the World of Science attempts to understand why the Martian land is ominous to support life. Information worth over many terabytes sent back home for scrutiny from around 200 world institutions.

Additionally, NASA’s data collection from its rovers and satellites, suggest there may have been a time when Mars had a cold climate, against its current desert-like crust. There is also a very probable theory that water runs within the planet’s ground. Hope’s data would be shared with NASA for examination to study the symptoms of what global warming will present back at our home.

UAE’s appetite for Space Exploration is an initiative for economic heterogeneity, in the interest of motivating the nation’s young and widening the scope of the STEM sector. Many Mars interests could prolong anywhere between a decade or more to engineer, as told by Omran Sharaf, Hope’s project manage. However, the MBRSC had just six years to deliver, 450 Engineers working – all around the average age of 32 years.

The journey Hope’s embarksis not limited with the pride of the launching nation, as there is a huge interest of significant space privatization. Since the success of SpaceX’s launch, the space race has gained traction for ideas in Space Tourism and other commercial interests. According to US’s The Space Report: Quarter 3(2019), the commercial Space Industry mints around $329 billion last year, a significant three-quarters generated by global communication, and entertainment companies. In addition, with a relatively new market and few countries involved, the UAE is planning for a piece from cake.

A motivation along the development of Hope is the indigenous investment from the State. While DubaiSat1 and DubaiSat2 – the countries’ Earth observation satellites, had South Korea’s assistance, the mission team sought to develop top-scale imaging and navigational machinery from the beginning, without already available equipment from space tech companies like The Blue Origin and Boeing.

The UAE have set themselves a mammoth task to achieve the orbiter’s entry to Mars’ atmosphere by their day of Independence however, initial plans delayed due to unfavorable weather conditions for the launch.

Soon followed the Mars Missions from the US and China, while Japan plans to study Mars’ moons by a plan slated for launch in 2024.

A few weeks earlier, a green glow appeared from the Red Planet. Oxygen atoms in the upper atmosphere reacting with sunlight caused the phenomenon that was popularly shared as “Mars comes online”, “Mars is Vegetarian” and “Mars just added Earth to ‘Close Friends’”.

Explorations in space comes with the thrill of surprising experiences, and the field of human curiosity is yet to unravel the unexplainable 96% of the what we guess is the known universe.