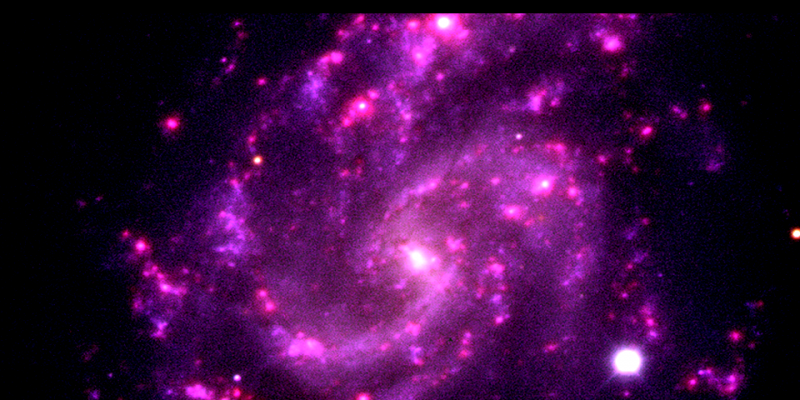 Right from school, we all have had that one big dream of becoming an astronaut or a space scientist and have been awestruck with the beauty of the universe. We have always wanted to explore different dimensions of space, be it Rocket Science or Satellite Technology and whatnot. 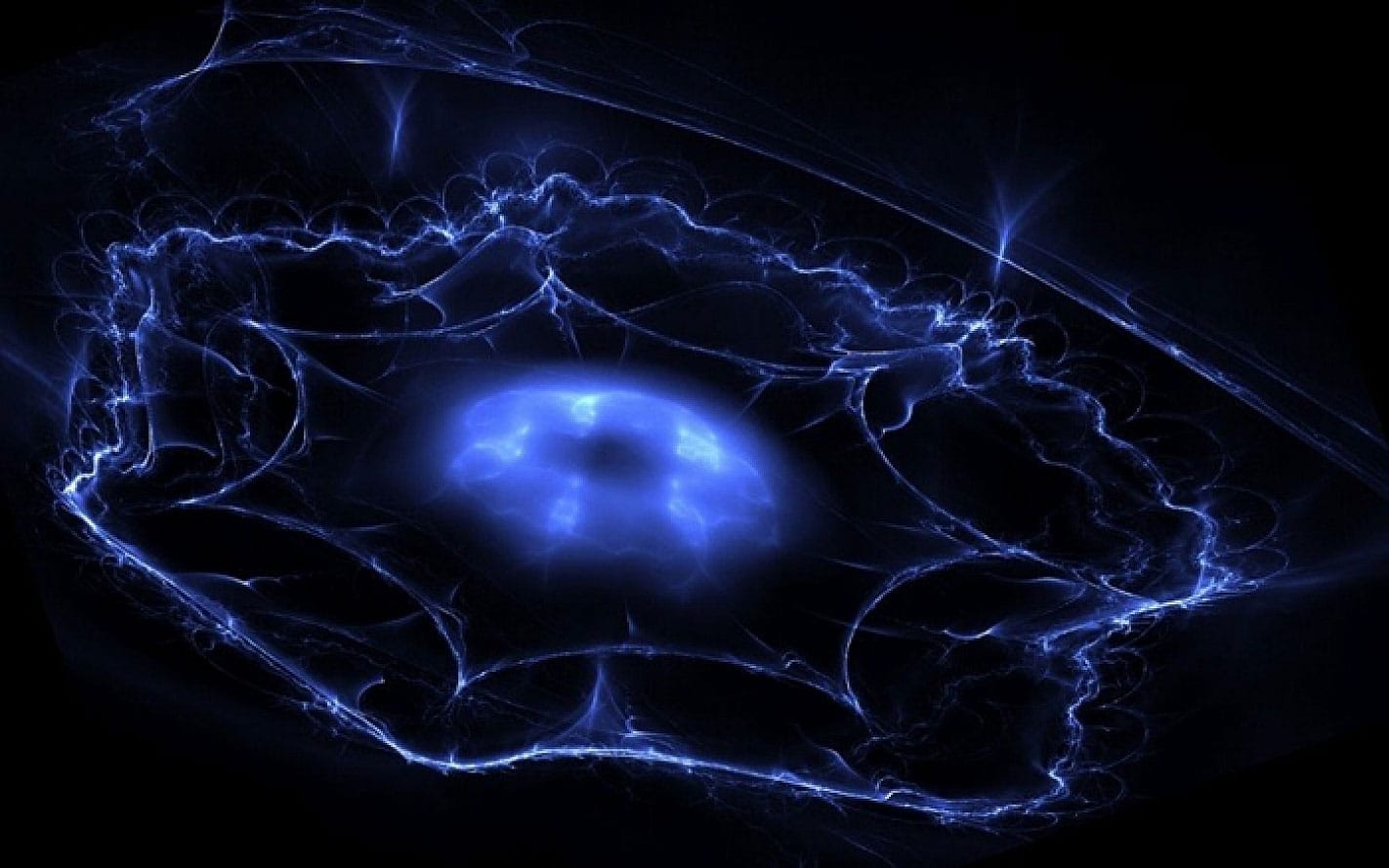 There are innumerable phenomena that have been mind-boggling and yet some theories which seem unbelievable. The story behind DARK ENERGY is one of its kind. It is something that has been and continues to be one of the biggest mysteries in astronomy and physics.

The theory behind Dark Energy is often perplexing. It perhaps is one of the least understood phenomena and is believed to accelerate the expansion of the universe. To our surprise, what we see in the night sky and we have learned right from childhood about planets, galaxies, stars, and asteroids make up less than 5% of the universe. Isn’t that surprising? Then what is the universe composed of? Let’s dive deep and find an answer to this.

For the first time in 1929, EDWIN HUBBLE, a renowned astronomer, studied the behavior of exploding stars called SUPERNOVAE, from which he concluded that the universe was expanding continuously and there was a mysterious force opposing gravity which has led to this expansion. This initiated extensive research on Dark Energy.

Subsequently, Dark Energy was thought of as “Quintessence” or a fifth fundamental force along with gravity, electromagnetism, strong nuclear force, and weak nuclear force. A very interesting question arises here: What made scientists think that Dark Energy actually exists?

It was the observation made by ancient astronomers that the universe has been expanding at different rates throughout history. For the first half of the universe’s life following the Big Bang and the Inflation Era, the expansion slowed down. But after 7 billion years, the acceleration of the universe had increased substantially.

Numerous theories are explaining what possibly Dark Energy could be. One possible explanation considers Dark Energy to be a scalar quantity, and yet, another theory suggests that it is a stream of “CHAMELEON PARTICLES”, which are hypothetical in nature whose mass usually depends on the surrounding density of energy. These particles are not detectable on the surface of Earth and would gain mass in intergalactic space.

This diagram reveals changes in the rate of expansion since the universe’s birth 15 billion years ago. The shallower the curve, the faster the rate of expansion. The curve changes noticeably about 7.5 billion years ago when objects in the universe began flying apart at a faster rate. Astronomers theorize that the faster expansion rate is due to a mysterious, dark force that is pulling galaxies apart.

But the story doesn’t end here. Other scientists came up with intriguing explanations, which were milestones in the history of astrophysics. Let’s have a look at few brain-storming explanations of what dark energy could actually be.

Dark Energy is a property of space

Albert Einstein, one of the greatest scientists, was the first to realize that empty space has interesting properties and many of these are yet to be explored. The first property that Einstein discovered is that more space can come into existence.

Einstein’s gravity theory suggested that empty space can possess its own energy. This version of the theory contains the cosmological constant. Because this energy is a property of space itself, it would not be diluted as space expands. As more space comes into existence, more of this energy-of-space would appear.

As a result, this form of energy would cause the universe to expand faster and faster. Unfortunately, no one really knows why the cosmological constant should be included? Something which is even more puzzling is the fact that why the cosmological constant should possess such a value which leads to the acceleration of the universe. Mind-boggling? There is more to come.

Next on the way is the QUANTUM THEORY OF MATTER. It has something else to say about Dark Energy. In this theory, “empty space” is considered to be full of virtual particles that continually form and then disappear.

But when scientists tried to evaluate how much energy this would give empty space, the prediction made saw a huge deviation. This surprised the scientists, and the study of this mystifying energy was intensified. Wow, are you curious to know what the other theories had to say about dark energy? Read on.

There comes another explanation for dark energy that it is a new kind of dynamical energy fluid or field, something that fills all of space, but something whose effect on the expansion of the universe is the opposite of that of matter and normal energy.

Some theorists have named this “quintessence,” after the fifth element of the Greek philosophers. But, if quintessence is the answer, we still don’t know what it is like, what it interacts with, or why it exists. The mystery continues. Now comes the major bewilderment of all!!

The last possibility of what Dark Energy could be is quite mind-blowing. It is that Einstein’s theory of gravity is not correct. It demands a new theory of gravity that could fit in the anomalous behavior of this mystifying force.

That would not only affect the expansion of the universe, but it would also affect the way that normal matter in galaxies and clusters of galaxies behaved. But if this new theory comes up, then how will it fit in the behavior of ordinary galaxies and other heavenly bodies? How reliable would it be?

How will it describe the motion of bodies in the solar system? That’s something that demands critical thinking and analysis of various possibilities. But in the end, it did not seem compelling. Okay, now since there are so many possible explanations for Dark Energy. What exactly is required to make predictions, or how do we decide the most accurate theory?

What is needed to decide between dark energy possibilities – a property of space, a new dynamic fluid, or a new theory of gravity – is more data and intense research using the power of technology. Hold on!

Let me put it in simple words. What if I tell you that your study table is not entirely made of pure wood and it is mainly composed of something called “DARK WOOD” whose properties are uncertain. The same goes with DARK ENERGY.

It is a mystifying force that drives the acceleration of the universe, and its properties are yet to be explored. In fact, the Universe we can see is made up entirely of ordinary matter and energy. The vacuum self-pressure that is tending to make the Universe expand is quite real, but it is also quite different from mass and energy. Is it all overwhelming? It indeed is.

Well, the story behind Dark Energy is something very puzzling and quite difficult to predict even today. This has led to several years of research, and the fact that it is yet to be explored is quite intriguing. The future advancement in technology is believed to intensify research, and accurate explanations are expected in the near future.

Suggested Reading: Is there more than some kind of Dark Energy?