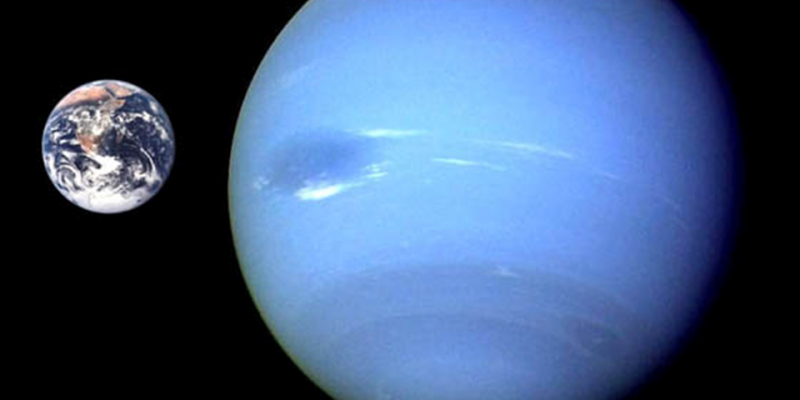 It’s time to see this magical phenomenon again, the planet in Opposition.

But what does it mean?

We know the fact that all planets in the solar system orbit around the sun. At certain points during these orbits, the Earth finds itself directly between the sun and the other planet. This is the moment at which that planet is said to be in opposition.

Opposition can only happen for the planets that are farther from the Sun than the Earth is like Mars, Jupiter, Saturn, Uranus, and Neptune about every year. It is not observed in Mercury and Venus as they are closest to the sun.

Do you know which planet will be in opposition this month?

Let me give you a HINT, the planet is a dark, cold, ice giant, the eighth planet of our solar system, and most importantly can’t be seen with naked eyes like other planets. Yes, it is NEPTUNE!

To see the rare sight of Neptune in the night sky in 2021, look up on Tuesday, September 14. On this day the planet will reach opposition making it appear big and bright from Earth.

What is the science behind this opposition?

An opposition describes the planet’s position with the Earth and Sun. Neptune is said to be in opposition when it will perfectly align at 180 degrees with these two celestial bodies. The Earth falls in the middle of this alignment, from where we can watch the sun’s light which will fully illuminate Neptune’s surface. The royal blue planet is usually wrapped in the darkness of our solar system.

Opposition marks the best time of the year to observe the other planet. In opposition, the planet rises from the east as the sun sets in the west, and it is visible throughout the night.

Do you guys know a year at Neptune is 165 Earth years long? As Neptune is so far from the sun, it traverses a gigantic orbit that takes time to orbit around the Sun, and the Earth whips around the sun so quickly that the date of Neptune’s opposition is only after a few days later each year. 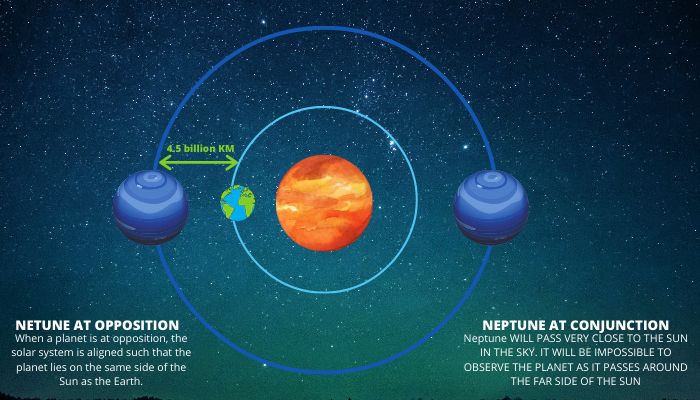 As when Earth and Neptune both orbited around the sun in a perfect circle and on the same plane, then both the bodies will come closest to the opposition. But this year Earth is coming closest to Neptune about 20 years ago before opposition. By the time of opposition on 14th September 2021, Earth will be a little bit closer to the sun which means will be far from Neptune.

Want to spot Neptune at opposition yourself? How can one do?

Finding Neptune is like finding Aladdin’s lamp as it hardly changes its position in the night sky and moves with very slow speed compared to Earth. But on some days, it gets better to locate like on the opposition.

As mentioned earlier this is the only planet that can’t be seen through unaided eyes even on its opposition with Earth. It is also considered five times fainter than the dimmest star on moonless nights. The moon on September 14 will be a waxing gibbous, so there may be some light interference. Telescopes and proper functioning binoculars will be required to watch this royal blue planet.

Neptune will rise at the time of sunset on 14th September 2021 and will set at dawn. Around midnight it will reach its peak in the skydome, the quarter moon will also set leaving behind the dark skies and the optical viewing conditions. 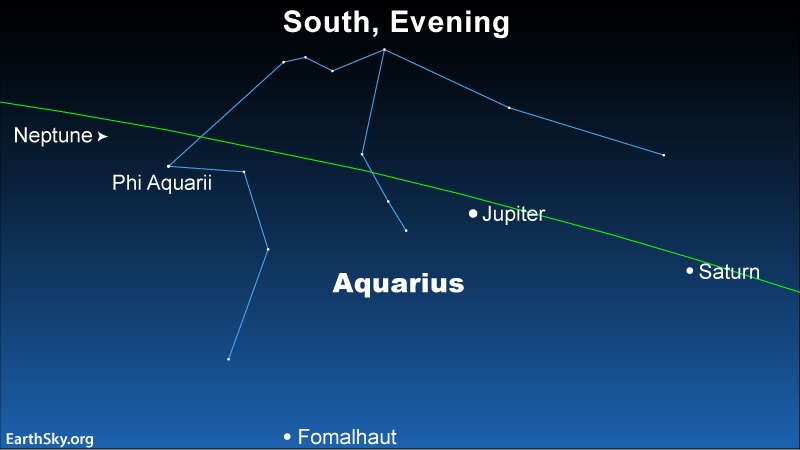 This green line in the picture is the location of Neptune at its opposition (Source: earthsky.org)There are few points to keep in mind while locating the Neptune position at this time. The planet will be in front of the constellation Aquarius the water bearer.

Do look for the 4th magnitude star Phi Aquarii, this star is usually faint but is visible to the naked eye on these special darkest nights. Neptune is 30 times fainter than Phi Aquarii but it will be so closest to the planet at opposition this year that they can both fit within the same binocular field.

The planet is also buddying with HR 8924, the 6th magnitude star that can also help to find its location. Mind that the planet is 1/14 times brighter than this star.

By proper night viewing constellation charts and telescopes or binoculars this fascinating phenomenon can be observed.

Suggested Reading: See the Sea from Space with Satellites