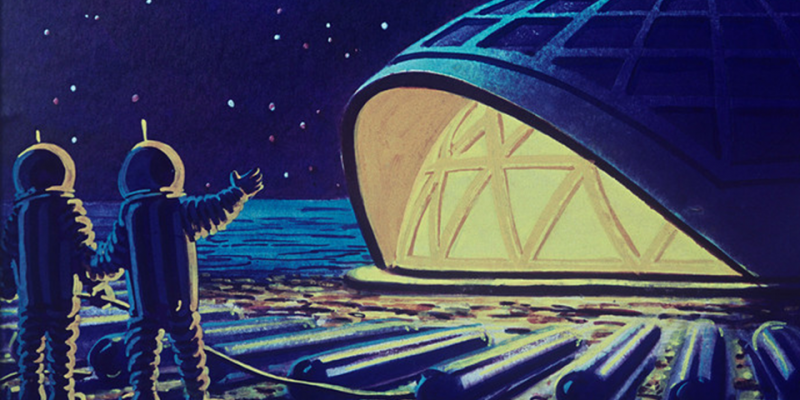 If Richard Branson’s “If we can do this, just imagine what you can do” from the Virgin Galactic rocket-plane all the way in space is resounding in your head, pumping adrenaline through your veins, all we have to tell you is – you’re not the only one. With Space Tourism being all that’s talked about at the moment, it doesn’t take long for one to wander to the subject of Space Colonization.

We’ve seen it all: heated debates unfolding on the internet, famous scientists comment on it only for it all to lead to this one question: ‘To Colonize Space or Not To Colonize?’ The answer, however, is not so easy to unravel. Space colonization has been a controversial subject for ages together now, one with numerous arguments for and against it. The answer to a question as universal as this is not just the Space community’s decision to make.

In contrast, a broad consensus of defense, civil, commercial, and international parties will be imperative for this massive commitment. To understand this better, let’s break the question into two: Why? and Why not?

So, what’s in it for us? Simply put, we prevent human extinction and pave the path for descendants to come. The arguments in favor of colonization are primarily two: Long-term survival of human civilization in the event of a catastrophe on earth or otherwise and expanding our civilization well into our Solar System. Now that we’ve got that out of the way let’s look at the objections that have surfaced against the proposal. To summarize, there’s a major concern of the existing divide in terms of social, financial, and economic disparities widening, resulting in the rich becoming richer and the powerful becoming, well, more powerful.

Some of the best brains we have in the field of science have expressed their votes for colonization. From Stephen Hawking to Elon Musk to NASA Administrator Michael Griffin, several scientists and researchers have given the go-ahead signal on the subject.

Theoretical physicist and cosmologist Stephen Hawking argued for space colonization on not one but two occasions. Way back in 2001, Hawking predicted the extinction of the human race to occur in the next thousand years in the absence of space colonies (Scary, I know.)

Yet again, in 2010, he proposed an ultimatum to humanity: colonize space within the next two hundred years or face the long-term prospect of extinction. Both Elon Musk and Hawking suggested the need to populate Mars to sustain human civilization in the event of a catastrophe on earth. American business magnate Jeff Bezos also expressed similar views on colonization, urging the preservation of earth as a nature reserve. 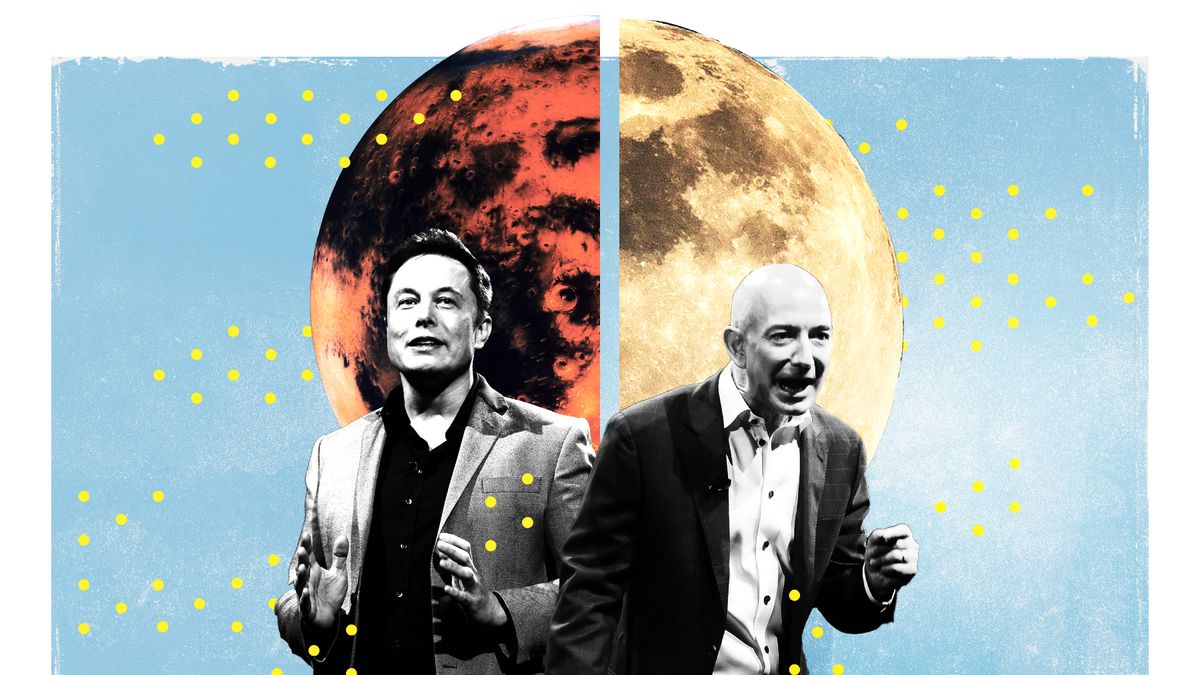 While Virgin Galactic’s recent success in taking its first passengers to space marked a historic moment in the nascent space tourism industry, the event opens up a lot of questions on what’s next in store for us all. With Space Tourism popping up, the reality of setting a civilization up on Mars or anywhere in space for that matter doesn’t seem like much of a distant dream anymore.

While these reasons may be valid to pursue colonization, there still lies a whole cluster of unanswered questions on how humanity can go about the whole process. The enormously vast resources in space that might help achieve expansion with fewer negative consequences and the growing demand back on earth make space colonization an obvious choice. However, the pursuance of it all is still a question that needs cogent answers.

As a growing community in constant search of answers, various specifics of colonization such as money and currency, population size, radiation protection, life support, etc., still need to be worked on (a lot) to best suit humanity’s needs. Add to the mix Law and Governance; we have ourselves a ginormous quandary waiting to be fathomed based on International Cooperation.

Looking past the pros and cons, one must admit that it is, in fact, interesting to look at how the pursuance of the proposal will take place if we were to consider finding ourselves a permanent home in outer space. Building colonies in space would require us to look out for access to basic needs such as water, food, communication, etc., that we would require for survival.

Additionally, we would require elaborately researched and experimented methods to withstand the harsh environment of space for long periods as human beings. This would entail a whole new series of subjects to be addressed: life support, radiation protection, and more.

Looking at things in some microscopic detail, we understand that we would require a life support system that can recycle all nutrients without collapsing in space.

Few commonly proposed life systems are nuclear submarines where humans are supported by the use of mechanical life support systems for months together and closed ecological systems where matter exchange with any part outside the system is not relied upon.

Moving on to radiation protection, most of the incoming radiation requires a certain amount of mass around the Space settlements for it to be absorbed without affecting humans. A solution to this could be passive mass shielding, although it poses issues of its own.

Furthermore, the population size is a factor that needs research of its own as calculations of what makes a stable society that is accommodating of its lineage for generations to come is crucial to plan the size of the population beforehand. Apart from this, the psychological impacts of prolonged Space travel can result in psychotic breaks or cabin fever in humans.

Lack of sleep and fatigue can end up causing more damage to safe Space travel too. Knowing the money and currency debate takes a spin of its own, subsequent factors to be looked into are planet protection, suitable locations, inter-galactic travel, self-replication, and the frankly, the list is incessant. Apart from research within the Space Industry, we have Universities and Institutions training students to become Space colonizers at an increasing rate. Back in 2019, the Colorado School of Mines switched its focus from training students on mining associated with the earth’s surface to training them to set up colonies in Moon, Mars, and places never ventured before to help learn about available resources on these surfaces and ways to extract and process them to a level where manufacturing them is seen tangible. This doesn’t come as a surprise given the constant Space race that now has billionaires competing for the neck to neck in it. Evolving times, they say. 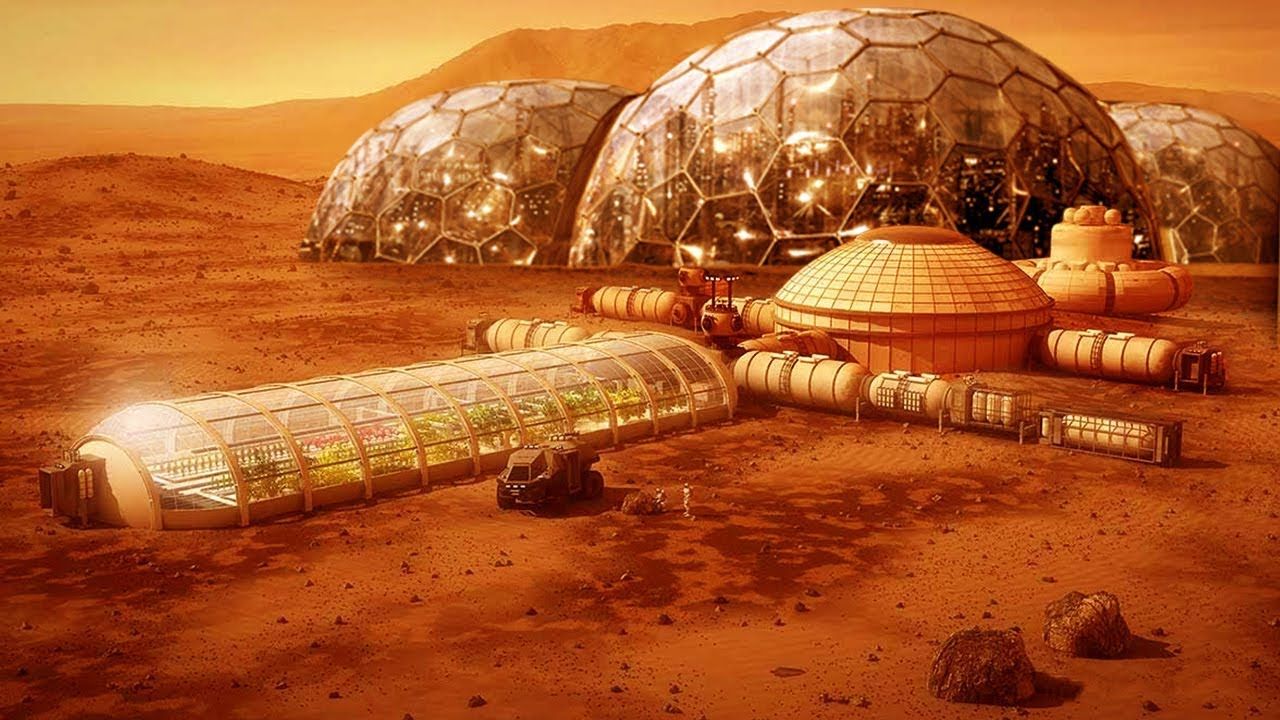 With almost all of the space industry pining after colonization of Mars, the whataboutery of the long-term goal of colonization is a debate we all need to have, keeping in mind the best interest of the future of our species. The good news is that existing technologies will only improve with time, be it propulsion systems, power generation, or genetic engineering that help humans adapt better to situations.

In closing, while the need for space colonization is becoming increasingly obvious, the species as a whole will have the final word-one that decides the future of humanity. What better way to end in style than quoting good old Carl Sagan? All civilizations become either spacefaring or extinct. Here’s hoping watching sunsets on Mars becomes the next big thing. Until then, let’s keep dreaming and working.