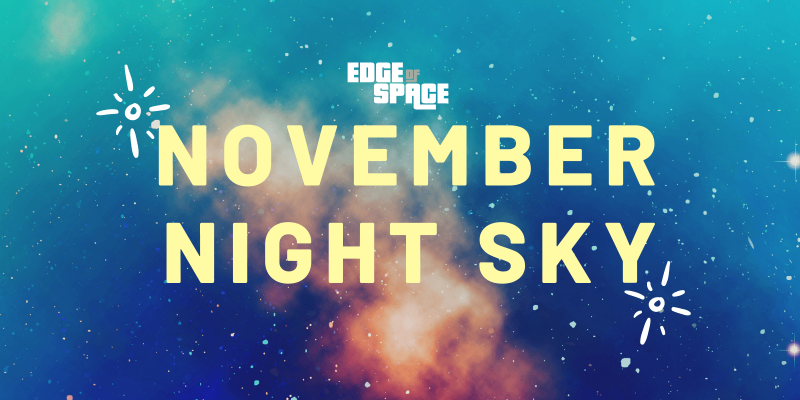 November 10: Mercury reaches the highest point in the morning sky

Mercury will climb to an altitude of 18 degree above the horizon in Virgo on Nov 10. On the same day, the mercury will reach its greatest elongation west. On this day Mercury will be at its greatest separation from the sun. it’s the best time to spot it. Since it lies relatively close to the sun, don’t try to point your telescope/ binoculars at it.

The northern Taurid meteor shower will be active from 20 October to December, peaking on 12 November. The radiant is the point in the sky from which all the meteor appear to originate. The radiant lies in Taurus. It is expected to peak about an hour after midnight with 5 meteor/hour. Just find a dark place and give your eyes some time to adapt to the darkness.

The 27- day old moon will pass 3°04 north of Venus. The two objects will be in Virgo. Venus is one of the brightest planets in the night sky. The two won’t be visible together in a telescope.

The moon will reach the closest point along its orbit to the earth a point known as its perigee.

The moon will pass too close to the sun and won’t be visible for a couple of days. This phase will occur at 05:08 UTC. This is the best time to observe faint objects in the sky.

The best meteor shower of the month will be active from 6-30 of November, peaking on 17 Nov. The best time to watch the shower is before dawn when the radiant is high up in the sky. The radiant lies in Leo. At its peak, the shower can produce 15 meteors/ hour. It will peak close to the new moon and hence the moon will present minimal interference.

November 25: The conjunction of the moon and Mars

November 27: The moon at apogee

The moon will reach the furthest point to the earth along its orbit and will appear slightly smaller.

The last meteor shower of the month, November Orionids will peak on November 28. It’s a weak shower producing up to three meteors per hour. its radiant lies in Orion.