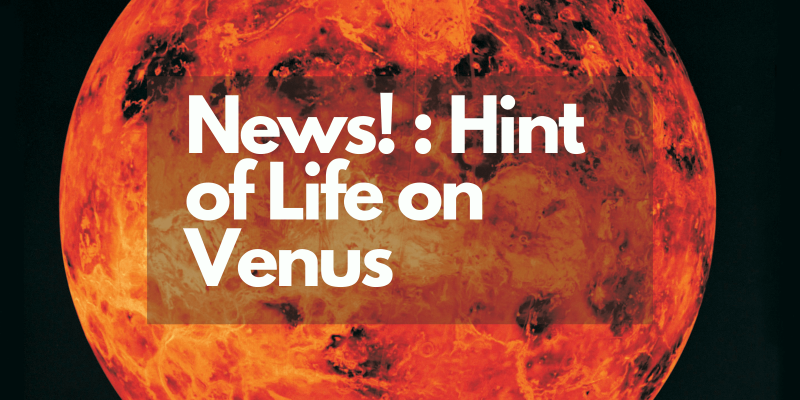 Scientists have detected the traces of phosphine gas in the atmosphere of Venus. A paper on this discovery was published in the Natural astronomy journal by a team of international scientists.

Phosphine is a compound made up of one atom of phosphine and three atoms of hydrogen. This gas could be a possible sign of life. The amount of phosphine detected is relatively large raising more questions about the source.

“This is an astonishing and ‘out of the blue’ finding,” said by Sara Seager, a planetary scientist at the Massachusetts Institute of Technology and an author of the paper and she also added, “It will fuel more research into the possibilities for life in Venus’s atmosphere.”

In the earth, phosphine is produced by bacteria thriving in oxygen-starved environments. Conditions on Venus are described as extreme. The day time temperatures in Venus are hot enough to melt lead and its atmosphere comprises almost entirely of carbon dioxide.

The scientists spotted phosphine using the James Clerk Maxwell Telescope in Hawaii. They confirmed it using the Atacama Large Millimeter/ submillimetre Array radio telescope in Chile. Both revealed the signature of phosphine in the upper cloud of Venus. The clouds on the broiling surface of Venus are highly acidic and it destroys phosphine very quickly. Therefore, the research did show that something was creating it anew.

The researchers conducted several modeling calculations to explain phosphine production. The scientists claim that their research provided evidence “for anomalous and unexplained chemistry” on Venus. The team also emphasized that the presence of phosphine didn’t prove the presence of life on Venus yet.