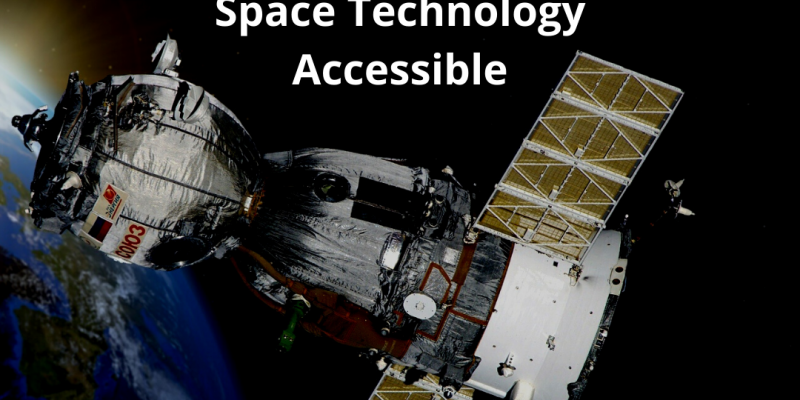 Space technology had been a very closed and rigid domain until a few years ago. High capital requirements and the risk of failure discouraged private players from venturing into this coveted ‘critical technology’ sector.

But now, things seem to be changing. Advancement in technology and decrease in costs seems to have fueled a second Space Race, this time between private entities. And this means more technology, more exploration, more scientific data, and above all, increased accessibility to space.

An astronaut at work (Image Credit: www.pixabay.com)Space technology has been a closely guarded secret for many years now. Nations have aggressively engaged in ‘Space Race’ down the years, and a successful space program is often seen as an indicator of a nation’s development.

Since the very beginning, the rivalry between space-faring nations led to severe restrictions on the research, development, and transfer of ‘critical’ technologies, which included the triumvirate: Defence, Space, and Nuclear technologies. All scientific activities pertaining to these activities were restricted to public access.

The stringent restrictions along with heavy capital requirements amounting to billions, challenges in infrastructure development, and high factor of risk dissuaded entities from investing in the space sector for long.

But now, with decreasing technological costs and success of ventures like Elon Musk’s SpaceX, more and more investment is flowing into research and development of space science and technology, and this trend is set only to increase over time.

Looking back into the Cold War Era:

When the erstwhile Soviet Union sent ‘Sputnik’ into space on 4th October 1957, little did anyone know that this success would snowball into a long-drawn ‘Space Race’ between the two major powers: the US and the USSR that continues till date.

Space seemed to be a lucrative opportunity for nations to assert their global dominance, and there was a significant amount of government investment into space technology and allied fields. Not only did these technologies help in reaching space, but the valuable ‘spin-offs’ from space technology also catered to a variety of industries such as defense, food processing, computer science, networking, and textile industries being some of the crucial beneficiaries. Thus, accelerating the process of industrialization in nations.

A US Space Shuttle lifting off majestically 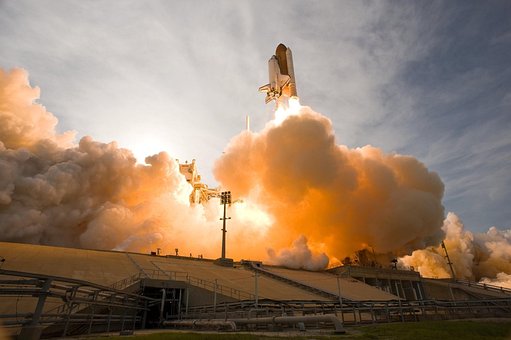 A US Space Shuttle lifting off majestically (Image Credit: www.pixabay.com)

Being an issue of national prestige, both carried out frequent attempts to sabotage and tamper with the space program of other nations, forcing the governments to impose severe restrictions on the research, development, and transfer of these technologies.

At around the same time, thanks to the foresight of  Padma Bhushan Dr. Homi Jehangir Bhabha, fondly remembered as the Father of Indian Nuclear Programme and Padma Vibhushan Prof. Vikram Ambalal Sarabhai, the Father of Indian Space Programme, India also decided to plunge into critical technologies, the importance of which was evident from the successive wars fought in 1947-48, 1962, 1965, 1967, and 1971.

Even though similar efforts were made by several developing countries, the Indian Space Programme is regarded as one of the most successful programs globally, earning India a place in the elite club of space-faring nations.

But since then, a lot has changed. Be it technology, design approach, or public perception, there is a huge wave of change, and space is more and more democratic with each passing day.

SpaceX and the Space Revolution – A Case Study:

If there is anyone who can be credited with revolutionizing the way we look at space, it has to be SpaceX and the man behind it: Mr. Elon Musk. Nowadays, it is not uncommon to see students building nano-satellites and successfully operating them in orbit. Firms such as SpaceX have enabled even the common man to access space.

Innovations and improvements over the years have only made space more and more democratic, and soon space travel would be open to the common man. 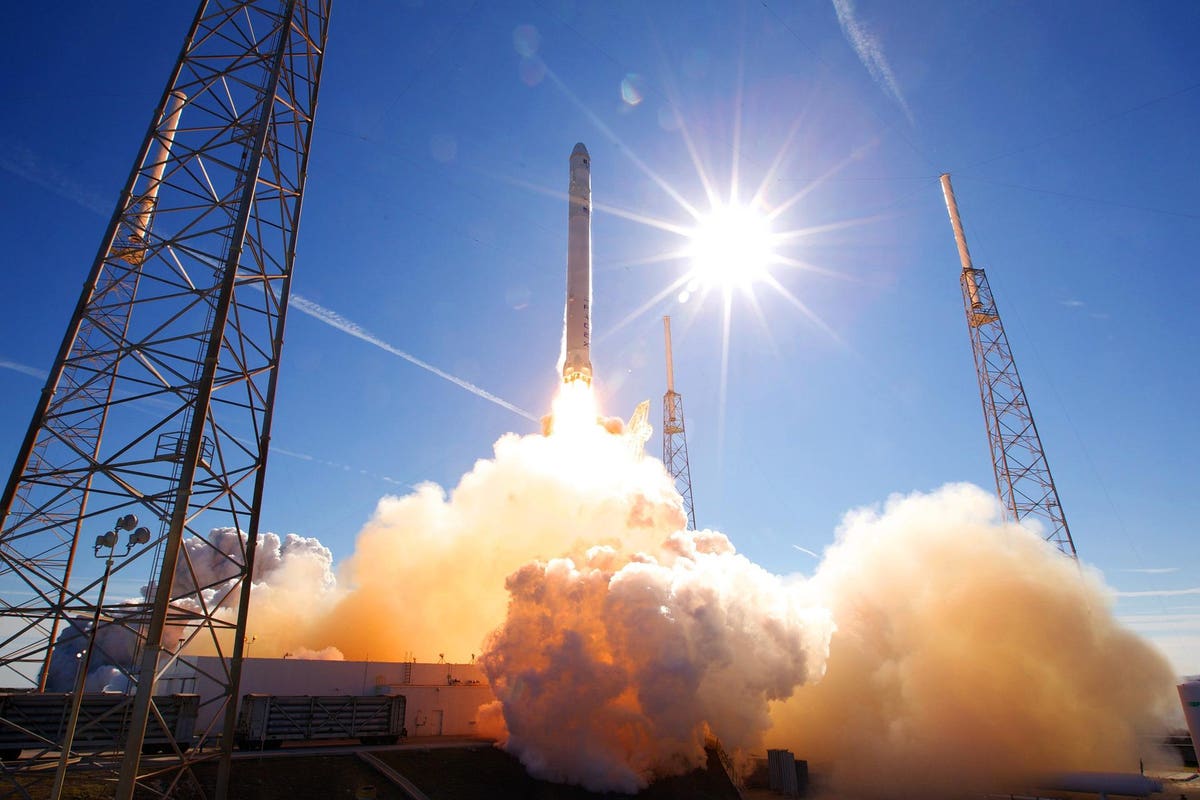 Founded in 2002 and headquartered in California, its main aim is to ‘reduce transportation costs to enable the colonization of Mars’. An interesting objective for sure, and without doubt, SpaceX has taken significant strides towards achieving this objective.

Launching up to 18 missions in 2020, SpaceX is slowly dominating the satellite launch market. With an average revenue of 80 million USD per launch, SpaceX rakes in almost 1.2 billion USD each year as launch revenue.

With an impressive record of 98% success rate and low launch cost of about 10000 USD per kg, SpaceX has provided economical and reliable options to its customers including, NASA.

Apart from the launch services, SpaceX has come up with the ‘Starlink’ to provide global broadband connectivity by means of a satellite internet constellation, consisting of thousands of small satellites in the Low Earth Orbit.

The growth of SpaceX has been phenomenal and has inspired millions of young entrepreneurs across the globe to turn their heads towards space and allied technology.

Space research and allied technologies present infinite benefits to mankind. To ensure that there is no monopoly over resources in space, and there is a fair distribution of opportunities among all the member nations, the United Nations Outer Space Treaty was brought into effect, formally known as the Treaty on the Principles Governing the exploration and Use of Outer Space, including the Moon and Other Celestial Bodies.

This treaty is the basis of International Space Law. As of today, 134 member nations have signed the treaty, out of which 23 nations are yet to complete the ratification.

This treaty formally bans the use of space for nuclear weapons and restricts the use of celestial bodies solely for peaceful purposes. With the basic intention of democratizing outer space, the treaty clearly states that ‘space shall be free for exploration and use by all nations and that no nation can declare the sovereignty of outer space or any celestial body.

Despite this, a major chunk of the global population is unable to reap the benefits of space exploration, primarily due to technological and economic challenges.

Here’s where the role of start-ups starts assuming importance. With innovation in technologies and economic solutions, start-ups have great potential to cater to people who have been unable to tap into the opportunities that space exploration offers.

Not only will this provide technological and economic benefits, but there are also other benefits associated with the same. These include job creation, technological ‘spin-offs’, and acceleration of industrial growth.

Space tech start-ups seem quite promising at this point in time and will ensure equitable distribution of opportunities and accessibility to space.

With the Hon’ble Government of India pushing for the participation of the private sector by providing various incentives and assistance under various schemes such as ‘Make in India’ and ‘Startup India’, the country has witnessed the mushrooming of space start-ups throughout the country. The inception of IN-SPACe (Indian National Space Promotion and Authorization Centre) and NSIL (New Space India Limited) heralded the beginning of a new era in India’s space exploration journey.

The primary intention of these reforms is to tap into the revenue-generating potential of the space sector, provide space and associated technology services at competitive costs in the global market, and solve problems across industries by providing them with necessary inputs.

One such success is the recent launch of PSLV C-51, which also marked the third launch of the PSLV – DL variant, launched on 28th February. The main payload was the Amazonia -1 from Brazil, while out of the 18 other co-passenger satellites. Four were from IN-SPACe, and 14 from NSIL. This mission was the result of a commercial arrangement between Spaceflight Inc – USA and NSIL. This launch was also the first dedicated launch by NSIL.

With a great legacy of success, a young pool of engineers, and a conducive environment, India might emerge as a ‘global superpower’ in space technology, pioneering in low-cost technologies, providing increased access to space, and generating valuable revenue by catering to global clients.

Maturing Hubble gets back to tasks after a product glitch