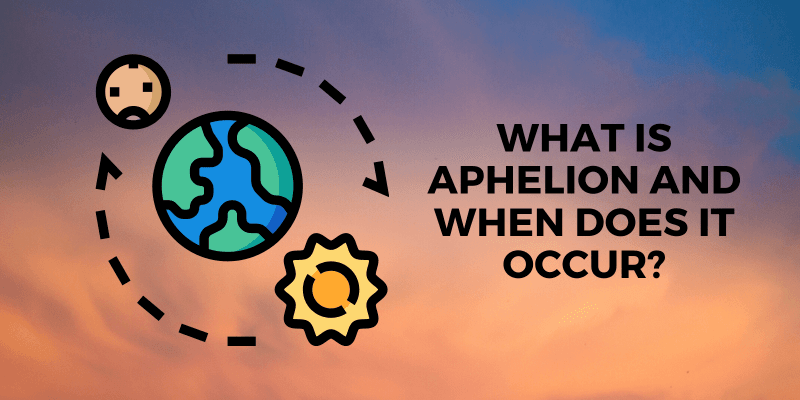 July is summer in the northern hemisphere and you might think this means we are closer to the Sun. This is a common misconception. Earth is actually farther from the Sun in July and on July 4th it is at its farther distance in orbit around the Sun. We call this aphelion.

While the United States celebrated Fourth of July, NASA also took to Twitter to inform that the earth was at the farthest point in its orbit around the sun on July 4. Known as Aphelion Day, NASA said that the earth was more than 2.5 million km farther than the planet’s average distance of about 150 million km.

Aphelion will occur at 7:34 a.m. EDT (11:34 GMT), at which time Earth will be about 94,507,635 miles (152,095,295 kilometres) from the sun. That’s more than 1.5 million miles (2.5 million km) farther than the planet’s average distance of about 93 million miles (150 million km) — and 3 million miles (5 million km) farther away than it is at perihelion, or the shortest distance from the sun, which happened on Jan. 5. Earth travels in an elliptical, or oval-shaped, orbit around the sun. As a result, the distance between Earth and the sun varies by about 3% throughout the year.

When Earth reaches aphelion, the sun appears slightly smaller in the sky than at any other time of year, though the difference is not noticeable to the naked eye, according to In-TheSky.org.  Earth reaches ‘aphelion’ only once a year and the event usually falls almost 14 days after the June solstice, which marks the first day of summer for the Northern Hemisphere and the first day for the winter in Southern Hemisphere. The US Space agency also explained that the change in distance from the sun is not, however, related to the Earth’s season. NASA said that the season’s result from Earth’s tilt on its axis.