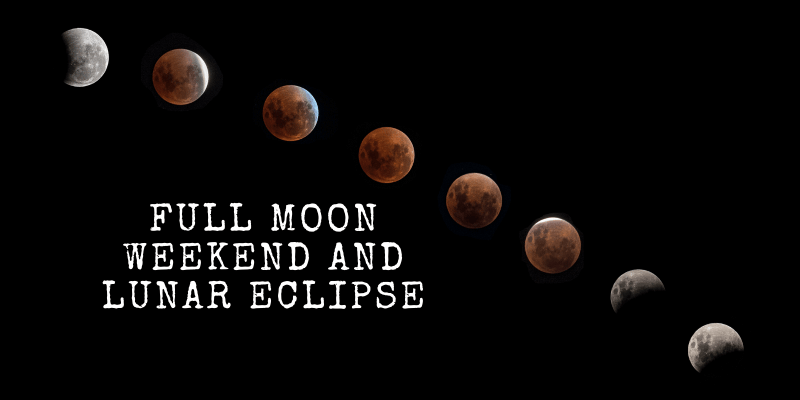 The lunar eclipse among the top 10 can’t miss celestial events of 2020.

“If your fireworks display is cancelled on July Fourth this year because of the coronavirus, there’s still something in the sky to look for over the weekend: a lunar eclipse.”

NASA Earth informed that the next full Moon called ‘Buck Moon’ will appear on July 5. The space agency also said that the full moon is going to be a part ‘penumbral lunar eclipse’ which will be visible from most of North America.

NASA wrote, “The Moon will be close enough to opposite the Sun that its northern edge will pass through the partial shadow of the Earth called a partial penumbral eclipse” and also added “The Moon will appear full for about three days around the eclipse, from Friday evening into Monday morning, making this a full Moon weekend”.

The July full moon will pass into the lightest part of the shadow of the Earth, which is called the penumbra. The penumbral lunar eclipse will thus see the moon’s surface darken very slightly. But even if you can’t see the eclipse that well, the moon is always a fun observing target.

The reduced surface eclipse will make it even harder for amateurs to see the light eclipse unless you have good photographic equipment.

In general, most people don’t notice the penumbral shadow projected on the moon until at least 70% of its diameter is covered, sky watching columnist Joe Rao said “Some people who have very acute vision and better-than-average perception might notice an ever so slight shading when only 50% of the moon is inside the penumbra. But in the case of Saturday night, the obscuration amounts to just a tad over 35%; not enough to make any kind of visual impact.”

According to the Old Farmer’s Almanac, the Buck Moon named after the new antlers seen on young male deer at this time of year will rise after sunset on Saturday before reaching peak illumination at 12:44 a.m. ET on Sunday.

The Buck Moon will be the first full moon of the summer.

Every month of the year has a full moon they occur every 27.5 days and each of those moons has its own nickname. March’s moon is known as the Snow Moon (or sometimes, the Hunger Moon), April’s moon is called the Pink Moon, May is the Flower Moon, and June is the Strawberry Moon.

Each nickname is meant to correspond with the season, and the naming traditions can often be traced back to Native Americans.

The next full moon, known as the Sturgeon Moon, is expected to take place on Aug 3.

Even if you can’t spot the eclipse, there are other things in the sky that to enjoy