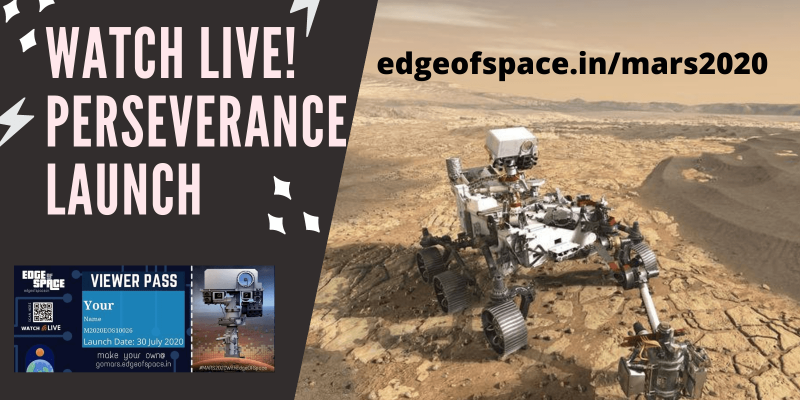 Not just an interplanetary exploration, but a future preparation for humans to visit mars. The twin brother of MSL – Curiosity rover but with different goals is set to take a wild ride on the Atlas V-541 rocket to our RED neighbor.

With its cutting edge instrument, perseverance will seek out bio signatures from the past on a microbial scale. The instruments were built on the success of MSL with new upgrades. These new upgrades will collect science data in ways that weren’t possible before.

The upgrades kick in even before the rover touches the Martian surface. The perseverance rover will use a new landing technology developed by NASA’s Jet Propulsion Laboratory called Terrain – relative navigation.

As the rover approaches the Martian surface, it will use its computer to compare the landscapes with preloaded terrain maps, guiding the descending rover to a safe landing site.

It was boots on the ground back then, but it’ll be the tracks left by the dune buggies followed by the humans in the coming years.

“For us to collect the first samples of Mars for return to Earth, in place of two astronauts we have three robots that have to work with the precision of a Swiss watch.” – Adam Steltzner, chief engineer for the Mars 2020 Perseverance rover mission at NASA’s Jet Propulsion Laboratory in Southern California.

The sample caching system located on the front of the Perseverance rover itself is composed of three robots, the most visible being the rover’s 7-foot-long (2-meter-long) robotic arm. Bolted to the front of the rover’s chassis is a five-jointed robotic arm which carries a large turret that includes a rotary percussive drill to collect core samples of Mars rock and regolith (broken rock and dust).

The second robot looks like a small flying saucer built into the front of the rover called the bit carousel. It will provide drill bits and empty sample tubes to the drill and will later move the sample-filled tubes into the rover chassis for assessment and processing.

The third robot in the Sample Caching System is the 1.6-foot-long (0.5 meter-long) sample handling arm (known by the JPL team as the “T. rexarm”). Located in the belly of the rover, it picks up where the bit carousel leaves off, moving sample tubes between storage and documentation stations as well as the bit carousel.

All of these systems should work with an amazing precision comparable to a swiss watch. Except the latter has fewer than 400 parts while the former has more than 3000.

To be continued in the next article……….